Foreigners offloaded a net US$2.09 billion worth of local stocks and bonds last month, larger than a net sale of $220 million in August, according to the Bank of Korea (BOK).

Foreign investors sold a net $2.08 billion worth of stocks last month on a one-off factor, higher than a net sale of $890 million in August.

Foreign investors were net buyers of Seoul shares in July after extending a selling spree to a fifth month.

Offshore investors became net sellers of Korean bonds worth $100 million last month, a turnaround from a net purchase of $670 million in August, it said.

The daily fluctuation of the dollar-won exchange rate came to an average of 3.5 won last month, up from 2.2 won a month earlier.

The Korean won appreciated 1.56 percent against the U.S. dollar in September compared with August.

Situations for the country's foreign currency borrowing remained sound as the spread charged on local banks' short-term, as well as mid- and long-term, overseas borrowing declined, the BOK said.

The spread on credit default swaps (CDSs) for South Korea's five-year dollar-denominated currency stabilization bonds came in at 24 basis points in September, slightly up from 22 basis points a month earlier. 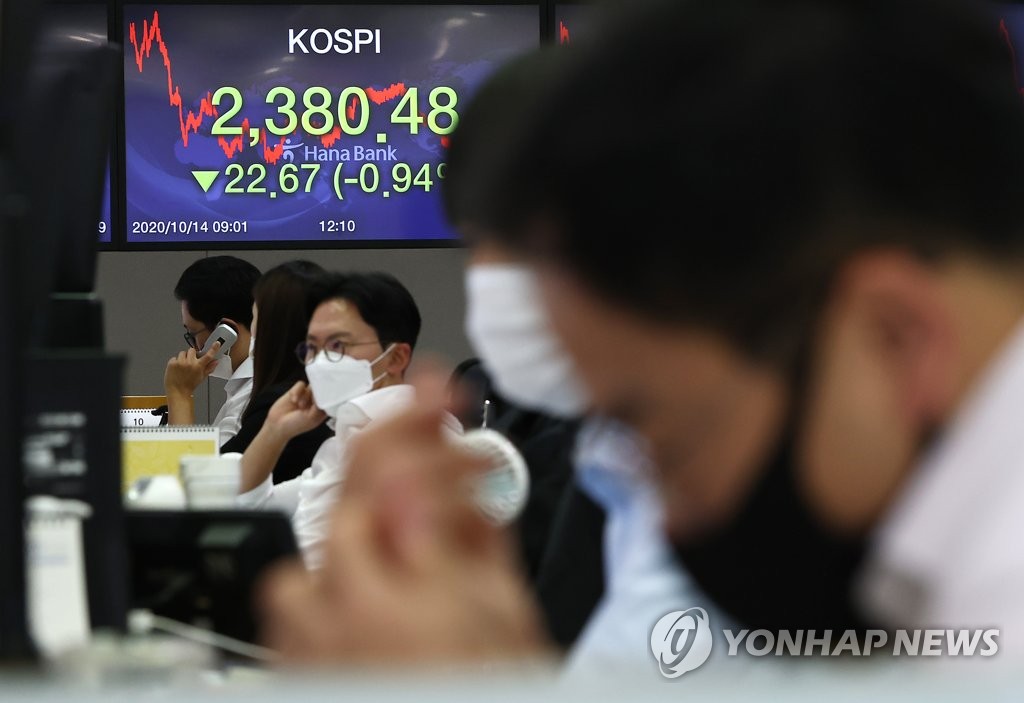