SEOUL, Oct. 15 (Yonhap) -- The Supreme Court on Thursday confirmed a one-year prison sentence for the former boyfriend of late K-pop star Goo Ha-ra, who was convicted on charges of assault and blackmail toward the late singer.

The nation's top court found Choi Jong-bum, 29, guilty on charges of assault and blackmail, maintaining the lower court's earlier one-year jail sentence. On the charge of illicit photographing, the court found Choi not guilty, in line with earlier sentences.

Choi was indicted in November 2018 on charges of physically harming Goo in a domestic incident and threatening to distribute video footage of the two having sex. He was also indicted on charges of illegally photographing Goo naked.

On the illicit photographing charge, the court took into consideration that the two had a mutual understanding on photographing one another naked in private moments.

According to the court, the two had shared the same password for their phones so that they could access and delete photos at their disposal, while Goo herself had taken naked photos of her boyfriend in the past.

In his first trial, Choi was handed a sentence of one year and six months, suspended for three years. In an appeal trial sought by the prosecution, Choi's punishment was strengthened to a one-year prison term.

A former member of popular girl group KARA, Goo was found dead at her home in November last year, apparently from suicide, while the trial on her former boyfriend was under way. 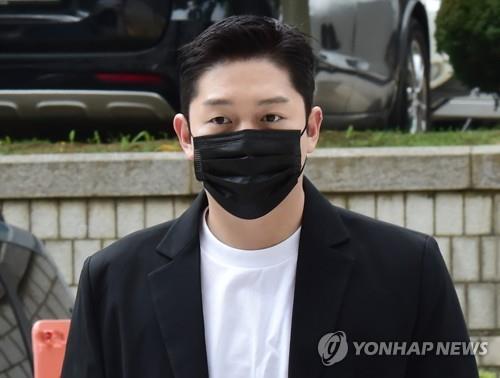