SEOUL, Oct. 15 (Yonhap) -- The Tampa Bay Rays' South Korean first baseman Choi Ji-man has collected his first hit of the American League Championship Series (ALCS), though it came in the club's first loss of the series.

Choi went 1-for-3 with a walk as the Rays fell to the Houston Astros 4-3 in Game 4 of the ALCS at Petco Park in San Diego on Wednesday (local time). The Rays still lead the best-of-seven series 3-1 and will take another crack at closing out the series at 2:07 p.m. Thursday (local time), or 6:07 a.m. Friday in South Korea. 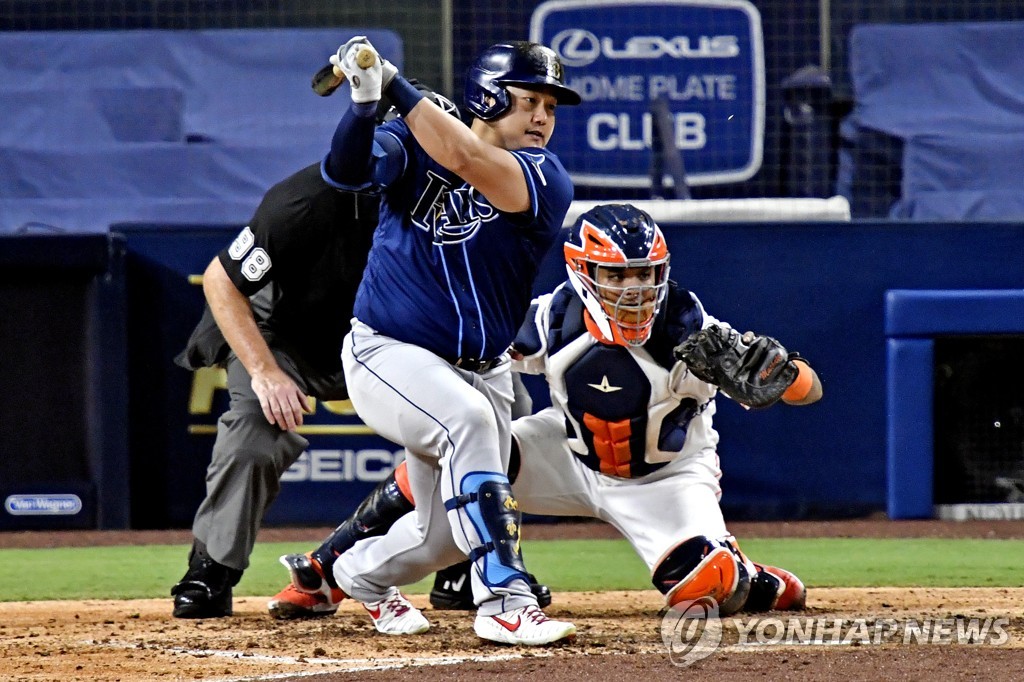 After sitting out Game 3, Choi was back in his usual cleanup spot against Houston's right-handed starter Zack Greinke. Leading off the top of the second, Choi struck out on a foul tip when he swung on a 90.4 mph fastball.

With one out and nobody on in the fourth, Choi struck out again, this time looking at a slider on the outside corner.

Choi stepped up with runners on first and second with two outs in the sixth inning and chopped an infield single to shortstop Carlos Correa to load the bases. It was Choi's first hit of the ALCS. He had gone hitless in his 10 previous at-bats, dating back to the AL Division Series against the New York Yankees. 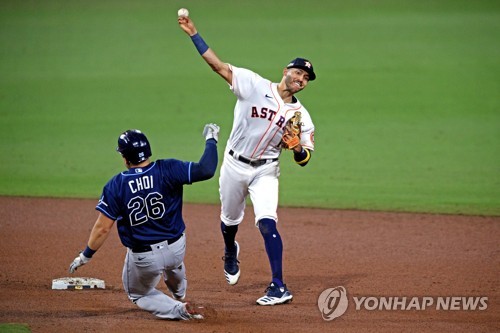 The Rays, which were down 4-2 at the moment, couldn't cash in on the bases-loaded opportunity, as Mike Brosseau struck out swinging for the final out of the inning.

Choi led off the top of the ninth, with the Rays still trailing 4-2 and drew a walk against reliever Cristian Javier. Choi was forced out at second on a groundball by Joey Wendle.

The Rays managed a run that inning, with Willy Adames' double scoring Wendle from first, but the Astros hung on to force Game 5.

On defense, Choi started a nifty 3-6-3 double play to wipe out a leadoff single by George Springer in the bottom of the first. The Rays have been excellent with their gloves all series, and Choi has done his part at first base.

Choi is the first South Korean position player to appear in any League Championship Series. He's trying to become the first batter from the country to play in the World Series. 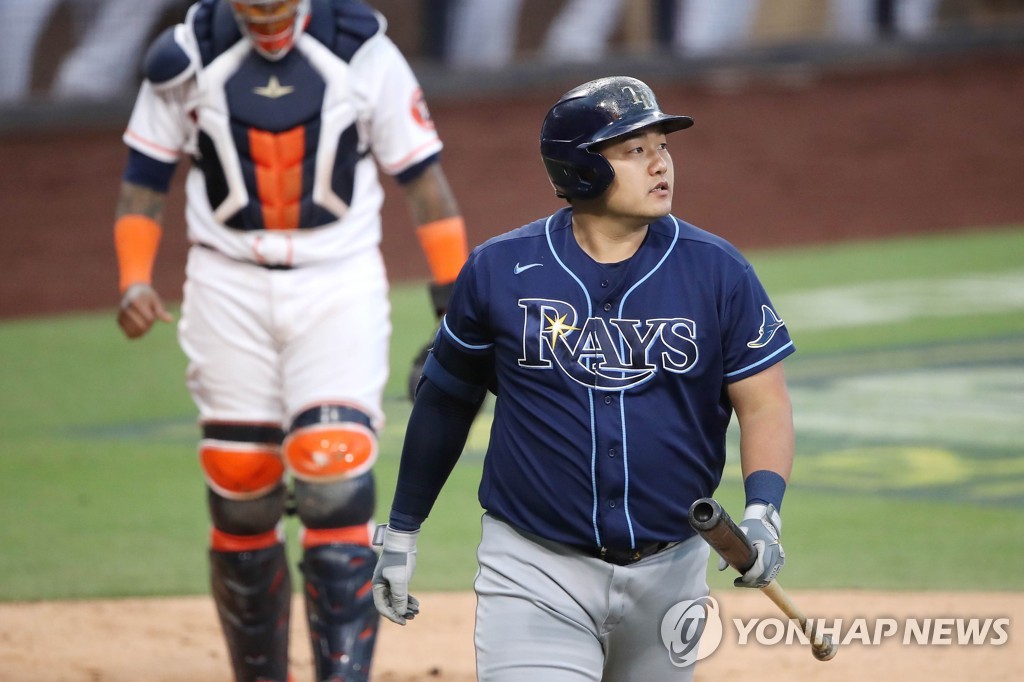