SEOUL, Oct. 15 (Yonhap) -- The South Korean economy is expected to fare better than other countries over the next two years, but it will be in a deep recession amid the coronavirus pandemic, an economist at ratings agency S&P Global Ratings said Thursday.

Shaun Roache, chief economist on the Asia-Pacific region at S&P, said South Korea's central bank is expected to keep its policy rate low at least throughout 2023 to prop up the economic recovery.

"Korea is one of the best performing economies in the world. We expect to see that over the next two years. But Korea will still be in a deep recession," Roache said in a webinar.

He said it will take "years, not months" for employment in South Korea to fully recover. 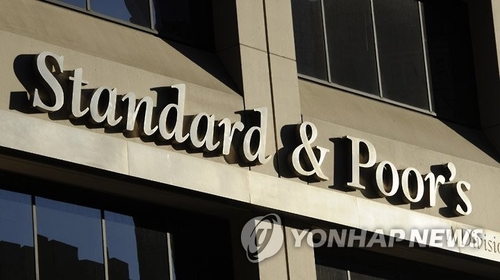 In August, the Bank of Korea (BOK) revised down its 2020 growth outlook to a sharper-than-expected contraction of 1.3 percent. The bank expected the economy to grow 2.8 percent next year.

Roache expected central banks in the Asia-Pacific region, including the BOK, to keep their borrowing costs low for a very long period -- at least throughout 2023.

The BOK froze its base rate at a record low of 0.5 percent for the third straight time on Wednesday as it is assessing the impact of a flare-up in virus cases on the economy.

S&P, meanwhile, said South Korea's proposed new fiscal rules will not have an immediate impact on the country's sovereign rating.

Last week, South Korea unveiled the proposal that will limit its debt to 60 percent of gross domestic product (GDP) and its fiscal deficit to 3 percent from 2025.

The new rules are subject to parliamentary approval.

"The fact that the government has set out this policy has no immediate impact on the rating," the credit analyst said.

"It has no impact on the rating mainly because it does not affect the current amount of debt or the foreseeable amount of debt that we expect the government to have on its balance sheet in the next two or three years," he said.

S&P maintains its "AA" long-term sovereign credit rating on South Korea despite the virus fallout, with a stable outlook.