SEOUL, Oct. 15 (Yonhap) -- The Navy vowed Thursday to strengthen surveillance near the western inter-Korean sea border to better counter possible provocations by North Korea amid lingering tensions following the North's brutal killing of a South Korean official near the area.

On Sept. 22, the 47-year-old fisheries official was fatally shot by the North's military while adrift in the North Korean side of the Yellow Sea, according to the military here. He went missing the previous day while on duty near the western border island of Yeonpyeong.

While the South Korean military carried out operations in waters south of the sea border, known as the Northern Limit Line (NLL), to search for the official's body, the North accused the South of intruding into its waters.

Pyongyang has long disputed the NLL and claims that a different line further south should be the boundary.

"In preparation for possible intrusions into the Northern Limit Line by North Korean patrol boats and fishing boats and other provocative moves, we will heighten a surveillance posture and better maintain a readiness posture," the Navy said in a report submitted to the National Assembly for the parliamentary audit.

"We will deploy advanced systems superior to North Korean assets and will operate them in a flexible manner," it noted. 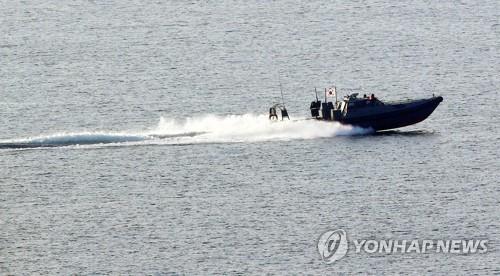 During the audit, the Navy also stressed the importance of its light aircraft carrier project.

Under the 2 trillion won (US$1.74 billion) project, South Korea is working to build the 30,000 ton-class carrier with a goal to put it into operation around 2033. Related agencies will begin to draw up basic strategies and carry out a feasibility test next month.

Some lawmakers and critics, however, have raised questions about its usefulness and cost-effectiveness, saying that an additional 2 trillion won would be necessary to acquire around 20 units of vertical takeoff and landing (VTOL) jets for the envisioned system, and the deployment of this system would not be very helpful in boosting the country's defensive capabilities against North Korea.

"We believe that it is necessary to proactively respond to threats from all directions in the future," Navy Chiefs of Staff Boo Suk-jong said. "We will thoroughly review diverse opinions, and push for the project in the right direction." 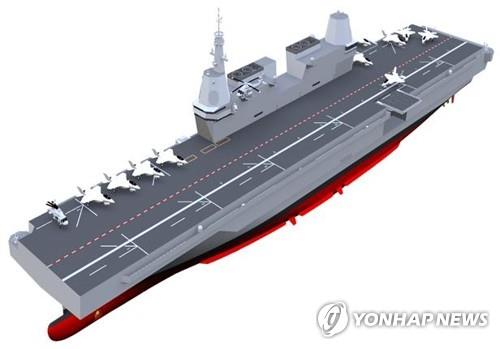