SEJONG, Oct. 16 (Yonhap) -- South Korea lost about 392,000 jobs in September, marking a decline in the number of the employed for the seventh consecutive month, as the coronavirus pandemic hammered job markets, data showed Friday.

The country's jobless rate rose by 0.5 percentage point on-year to 3.6 percent in September, with the number of employed people falling to 27.01 million, according to the data compiled by Statistics Korea.

The employment rate for those aged between 15 and 64 reached 60.3 percent, down 1.2 percentage points on-year.

The COVID-19 pandemic has been widely considered to have had a full-fledged impact on local job markets over the second half, considering the time lag of one to two quarters for an economic crisis. 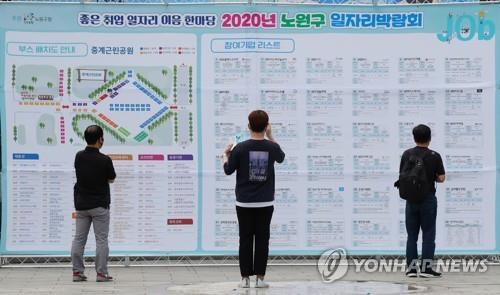