The country added 47 COVID-19 cases, including 41 domestic infections, raising the total caseload to 25,035, according to the Korea Disease Control and Prevention Agency (KDCA).

The daily figure dropped sharply from 110 a day earlier when the country reported a new cluster infection at a nursing home in the southeastern port city of Busan with more than 50 cases.

It is the first time since Sept. 29 that the daily tally of COVID-19 has dropped below the 50 mark.

The country earlier suffered a major uptick in virus cases in mid-August, mostly traced to a conservative church in northern Seoul. The daily figure shot up to 441 on Aug. 27 and stayed in the triple digits until reaching 82 on Sept. 20.

The number of daily new COVID-19 cases has been staying around 100 this month, though health authorities are keeping their guard up, saying a resurgence in virus infections could happen anytime with sporadic outbreaks. 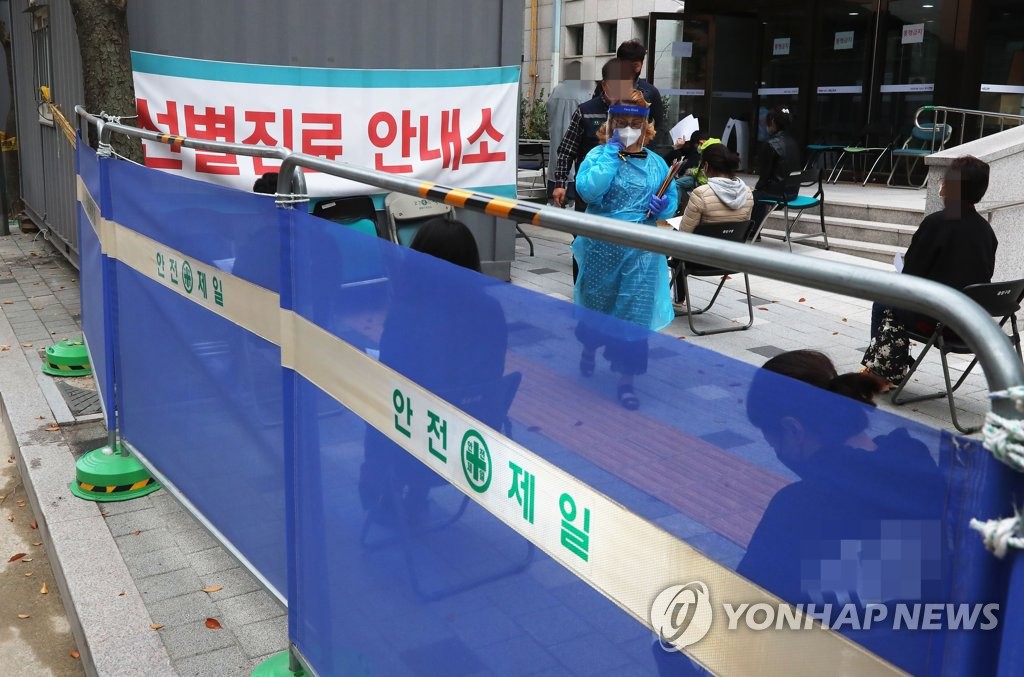 "It appears that there is no upward trend in virus infections and that we want to thank people for following virus prevention measures," said Sohn Young-rae, a senior health official. "However, we cannot let out guard down because of cases coming from high-infection risk facilities and sporadic cluster outbreaks."

Of the 41 newly identified local infections, 36 were in the greater Seoul area.

The number of cases linked to a nursing home increased by five to 58. An additional two cases were confirmed to be tied to a hospital in Uijeongbu, north of Seoul, raising the total to 63.

The number of cases traced to a family gathering in Daejeon reached 30 as health authorities confirmed one more case.

Health authorities are also keeping an eye on infections linked to an E-Mart discount chain store in Jungnang Ward of eastern Seoul. So far, seven cases have been confirmed after the first patient was reported there on Tuesday.

The number of new imported cases was six, which is also a sharp drop from 15 cases reported a day earlier. It is also the first time since Oct. 8 that the daily figure of imported cases fell below 10.

The country's total number of imported cases is now at 3,476.

Vessels that have records of boarding and disembarking seafarers in high-risk virus countries in the past two weeks are not allowed for ship crew changes here, health authorities said.

There were two additional deaths from the novel coronavirus, raising the country's death toll to 441. The fatality rate was 1.76 percent.

The number of seriously or critically ill COVID-19 patients came to 85 as of midnight, up three from a day earlier.

Health authorities said 135 hospital beds are available for COVID-19 patients in serious condition, which is enough for the country to handle critically ill patients at this point considering the virus situation here.

The authorities said they aim to secure 600 hospital beds for critically ill patients by the first half of 2021.

The total number of people released from quarantine after making full recoveries stood at 23,180, up 98 from the previous day, with 1,414 people isolated for COVID-19 treatment, down 53 from a day ago.