SEOUL, Oct. 16 (Yonhap) -- U.S. Forces Korea (USFK) said Friday it has informed its South Korean employees of a potential furlough amid little progress in negotiations between Seoul and Washington over how to share the burden for the upkeep of American troops stationed here.

On Oct. 5, USFK sent the notice to its Korean Employees Union and Seoul's labor ministry about a furlough that could possibly occur in April next year in case the two allies fail to reach an agreement on their defense cost-sharing deal, it said.

The notice came less than four months after thousands of South Korean employees for USFK returned to work following months of unpaid leave as the two sides failed to reach a new Special Measures Agreement (SMA) that stipulates how much Seoul should pay for the upkeep of the 28,500-strong USFK.

"While USFK is not an official member of SMA negotiations, we are keenly interested in the outcome and remain hopeful for a swift conclusion to mitigate a labor funding deficit for the nearly 9,000 members of the USFK Korean National workforce," it said in a statement.

During a recent meeting in Washington, Defense Minister Suh Wook and U.S. Secretary of Defense Mark Esper agreed on a need to quickly conclude their stalled negotiations over the defense-cost sharing deal.

Yet their joint communique lacked the U.S. vow to "maintain the current force level of USFK in order to defend" South Korea in an apparent move to pressure Seoul to pay more. The expression had been usually included in the joint statements released after the annual talks between the defense chiefs of the two countries. 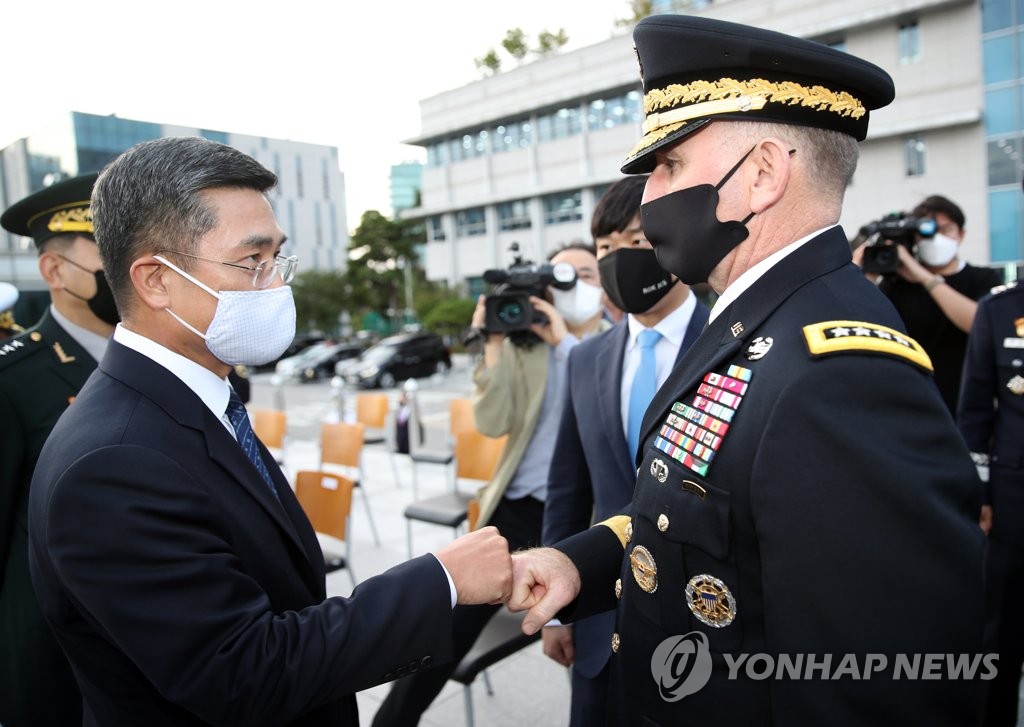