SEOUL, Oct. 16 (Yonhap) -- North Korea's official newspaper called Friday for all-out efforts to carry out leader Kim Jong-un's calls for an "80-day campaign," saying priority should be placed on recovering from recent typhoons and tackling economic challenges without outside help.

Earlier this month, Kim held a meeting of the ruling Workers' Party and launched the "80-day campaign" to achieve the country's national and economic goals by the end of the year ahead of a rare party congress scheduled for January.

"We cannot successfully achieve the massive and impending tasks facing us by the end of the year with routine supervision and a banal attitude," the Rodong Sinmun, the official newspaper of the ruling party, said in an editorial.

"We need to strictly eradicate our dependence and reliance on others that hurts our pride and hinders progress and boost production using our own raw materials and resources," the paper said.

The paper also emphasized the importance of scientific research based on its "own wisdom" to solve the technological problems raised in the process of the ongoing campaign against the coronavirus.

In August, leader Kim acknowledged that his five-year economic development plan ending this year failed to achieve intended goals in the face of unexpected internal and external challenges, and he pledged to unveil a new scheme at a rare party congress in January.

He also rejected any outside help, despite damage from recent heavy downpours, saying that accepting foreign aid could heighten the risk of coronavirus infections.

North Korea is faced with multiple challenges, including the fallout of the prolonged antivirus campaign, devastation caused by recent typhoons and economic woes from crippling global sanctions. 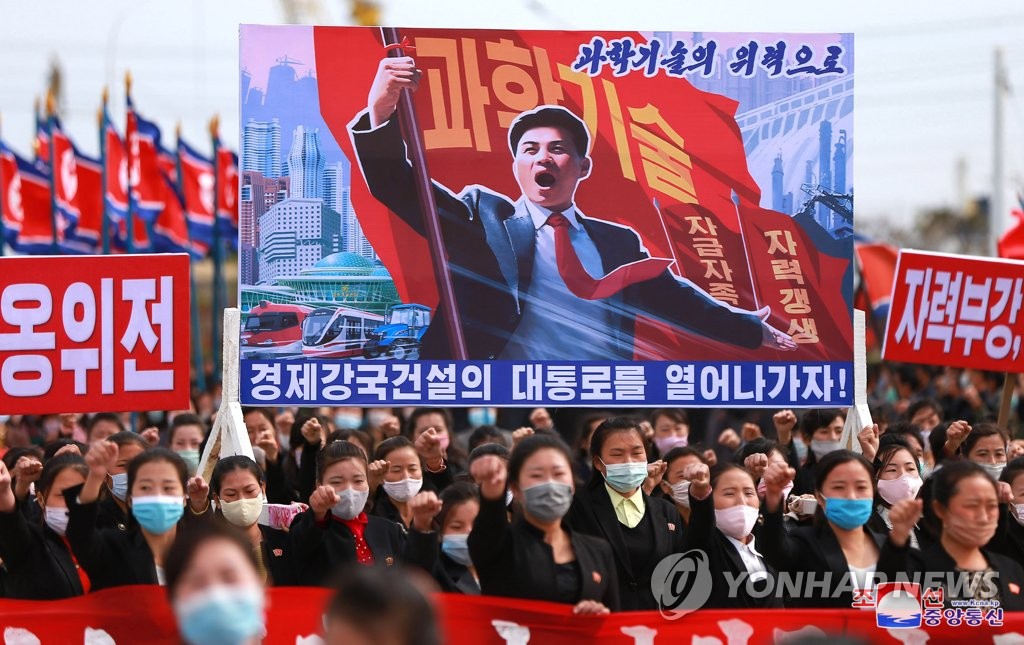