The South Korean movie titled "Untact" premiered in support of Samsung. The movie was filmed on Samsung's Galaxy S20 and Galaxy Note 20 devices in 8K resolution, except for scenes that needed special camera shots.

Samsung last month announced it would produce an 8K movie shot on its Galaxy devices in a move to promote the 8K technology and its ecosystem to consumers. 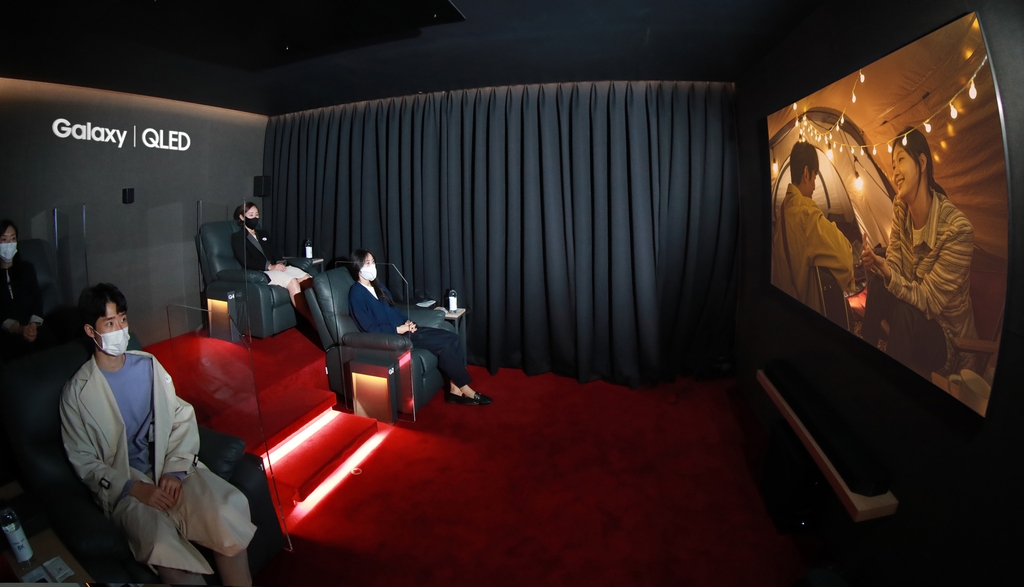 "Untact" is a romance movie written and directed by Kim Jee-woon, who is known for making films like "The Good, The Bad, The Weird" (2008) and the Hollywood action thriller "The Last Stand" (2013). Actress Kim Go-eun and actor Kim Ju-hun are the leads in the movie.

People can watch the film at Samsung's two 8K cinemas in Seoul, where the company will show it on its large QLED 8K TV through Oct. 25. Samsung's 8K movie theaters run on a reservation system to accommodate only a small group of people amid the pandemic.

The movie also can be watched on Samsung's YouTube channel.

At its special theaters, Samsung said it will also display its lifestyle TV products, including The Premier home cinema projector. Visitors can also see its latest smartphones, including the Galaxy Z Fold2, at the theaters.