SEOUL, Oct. 17 (Yonhap) -- From the millions of plastic gloves voters wore during South Korea's general elections to the face masks that have emerged as a daily essential, the new coronavirus has been accompanied by another plight: plastic waste.

South Korea was already one of the world's biggest plastic-consuming countries per capita before the pandemic -- with people on average using 11.5 kilograms of plastic each year. That includes 96 plastic bottles, 65 plastic cups and 460 plastic bags per person, according to a 2019 report by Greenpeace and professor Jang Yong-chul at Chungnam National University in Daejeon.

But as more people stuck at home started relying on online shopping and delivery food, as well as opting for single-use goods, due to worries over infection, plastic waste has been piling up at an alarming rate. 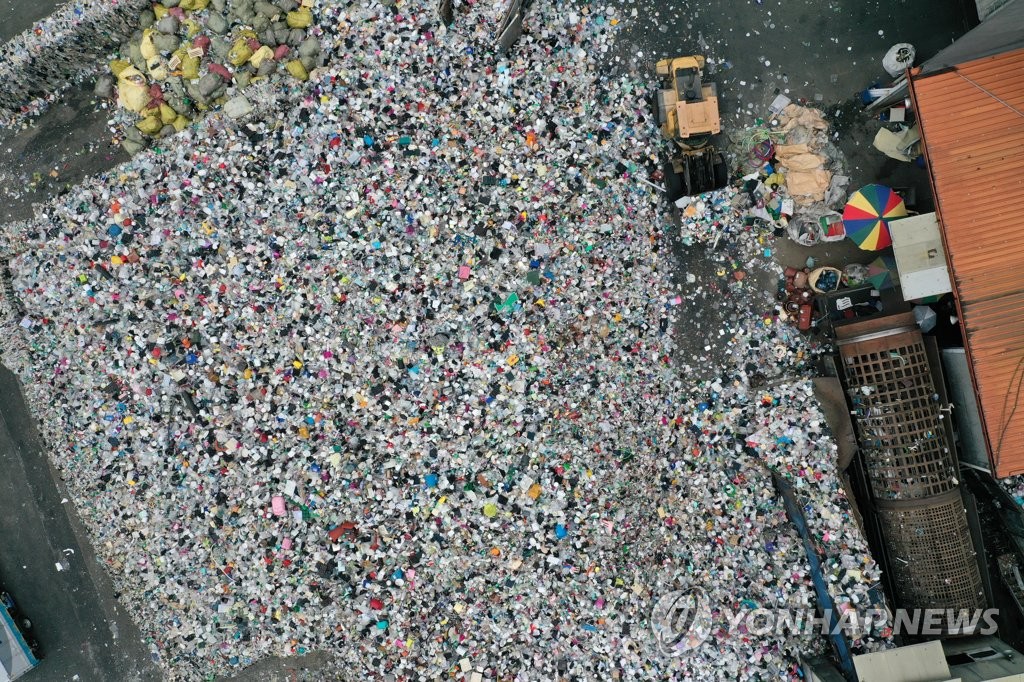 Jenna Lee, a Seoul-based office worker, said boxes and wrappers tend to fill up her house more quickly compared with last year since she orders delivery food when she gets tired of cooking and gets groceries from online retailers after she began to work from home.

"I get worried when I see plastic wrappers, ice packs and paper boxes piling up from all the deliveries, but there's not many options at a time like this," the 32-year-old said in a recent interview when the greater Seoul area was under tougher antivirus rules.

"Paper boxes are at least relatively easy to recycle, but the plastic wrappers and ice packs are really annoying," she said. 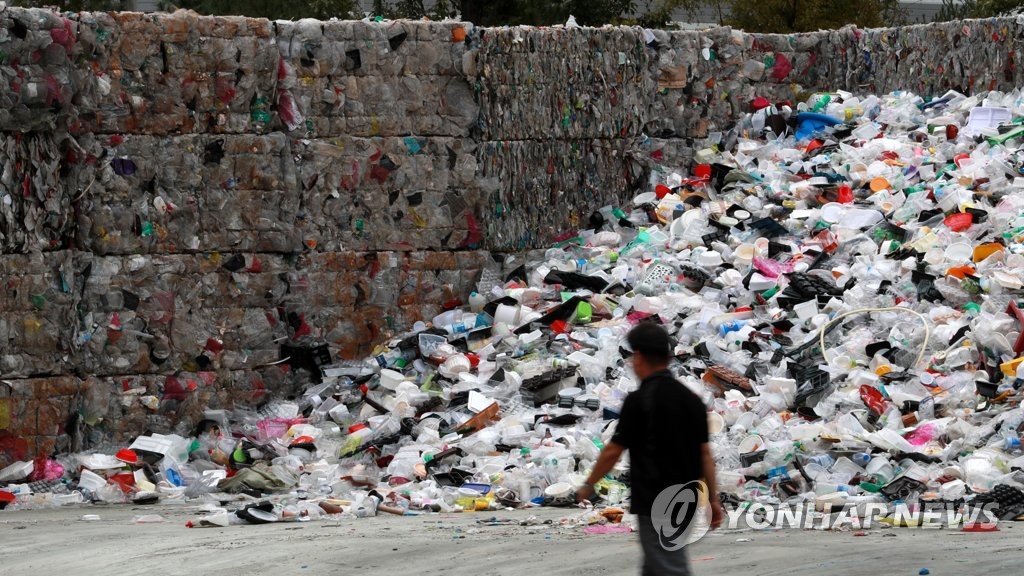 Despite a June statement by more than 100 health experts from around the world that "reusable systems can be used safely by employing basic hygiene," the notion that disposable cups are safer than reusable ones has worsened the issue.

Many local branches of the U.S. coffee franchise Starbucks, for instance, serve drinks in single-use cups unless customers ask for a reusable cup. Things are not much different at smaller cafes.

"Some customers say they feel safer using single-use cups. We can't really say no to them at a time when there are so few customers," said an owner of a small cafe in the eastern Seoul ward of Seongdong.

"Also, it's even OK by law these days," he added, referring to a temporary change in the government's plastic policy.

Under a plan to phase out disposable plastic cups and straws and replace them with reusable ones by 2027, the government last year rolled out a policy to fine cafes that provide single-use plastic cups without checking whether the customer will eat in or out up to 2 million won (US$1,742).

But starting in February, the environment ministry temporarily relaxed the policy at cafes, allowing some businesses to use disposable cups and cutlery, if deemed necessary. 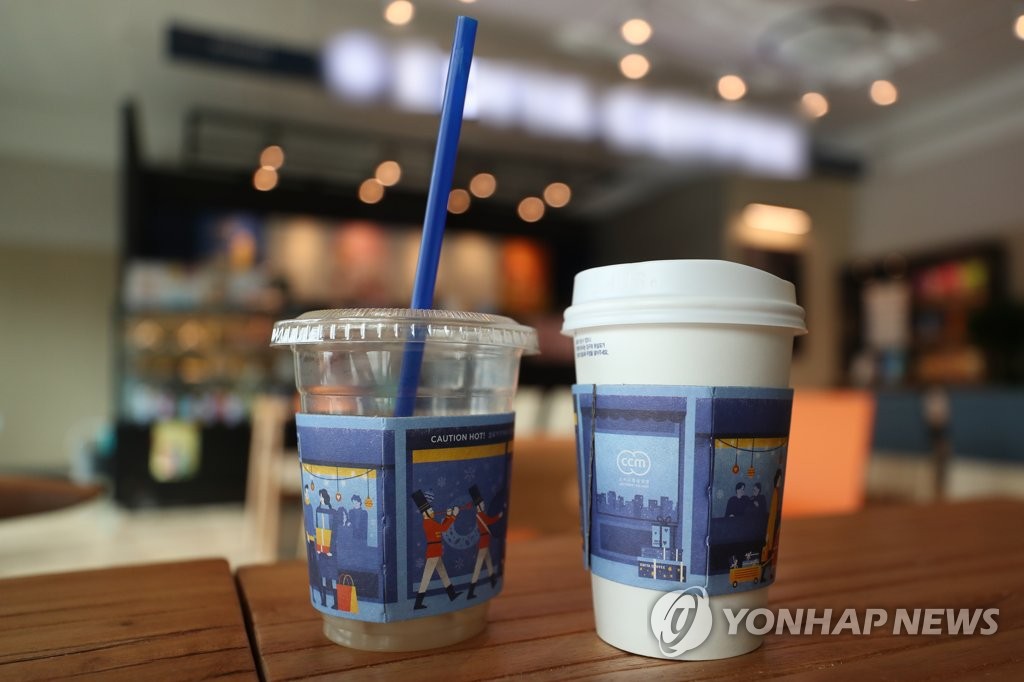 While annual data and comprehensive data comparing the country's plastic waste before and after the pandemic are not yet available, plastic waste is expected to have surged in the past few months.

"Data by some provincial governments that release monthly data show that plastic waste has jumped roughly 20 percent since the pandemic broke out. Most workers in the waste management industry also say that waste has definitely increased," Baek Na-yoon, an activist at the Korea Federation for Environmental Movements, told Yonhap News Agency.

"It's not just a matter of a rise in the sheer volume of plastic waste. But it could lead to a bigger issue involving the waste management industry -- more so, since the online shopping trend is probably here to stay," she said. 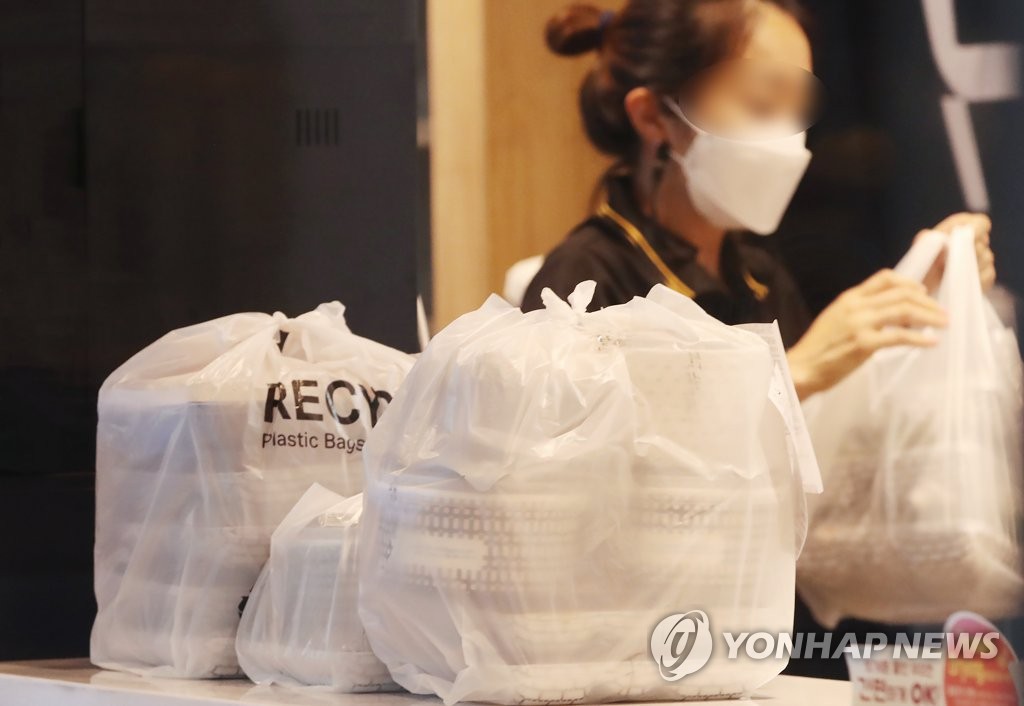 But even in bleak situations like this, there is a silver lining. People are now paying attention to the plastic they consume and waste.

"After seeing all the waste pile up, I tried to at least cut down on the number of times I order online. Still, I feel bad," the office worker Lee said.

To ease her guilt, Lee said she has been trying to cook more often and use reusable cups. She has also started to order more from retailers that use recyclable or less package wrappings.

For consumers like Lee, a small number of eco-friendly shops are helping them live a greener lifestyle.

Earth Us, a cafe in western Seoul, for instance, strictly sticks to a no-plastic policy. It does not use any disposable good -- including napkins, straws and single-use containers. The cafe encourages customers who want to takeaway food to bring personal containers and cups.

Almang Market is another store promoting the "zero waste" and "no plastic" ethos.

The store, made by three environments who teamed up to cut plastic waste, sells makeup and laundry detergent without containers. Visitors can pump out the amount they need in reusable bottles that they bring or borrow from the shop and take them home.

"While we can't directly compare figures since we opened during the pandemic, there is definitely more interest in the environment and the zero waste movement recently," said Yang Rae-gyo, one of the co-owners of the store that means "substance" in Korean.

Yang said the new coronavirus seems to have served as an eye-opener for some.

"People used to think zero waste is something for sensitive people, but now they seem to realize that it's something that affects all of us," Yang said. 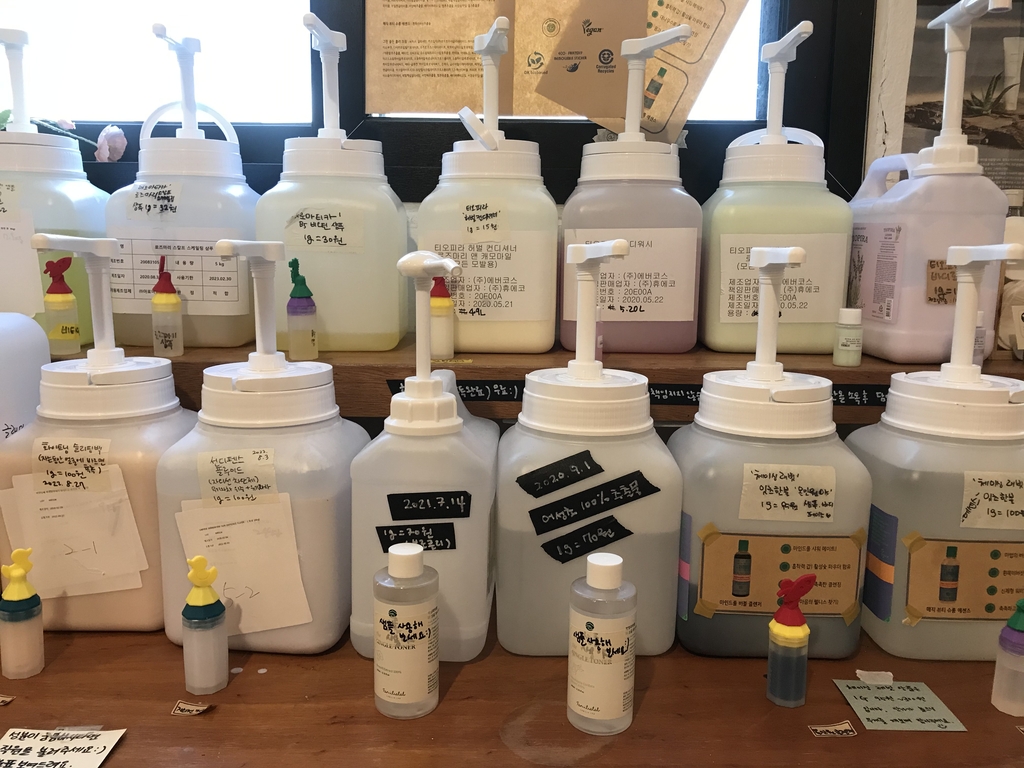 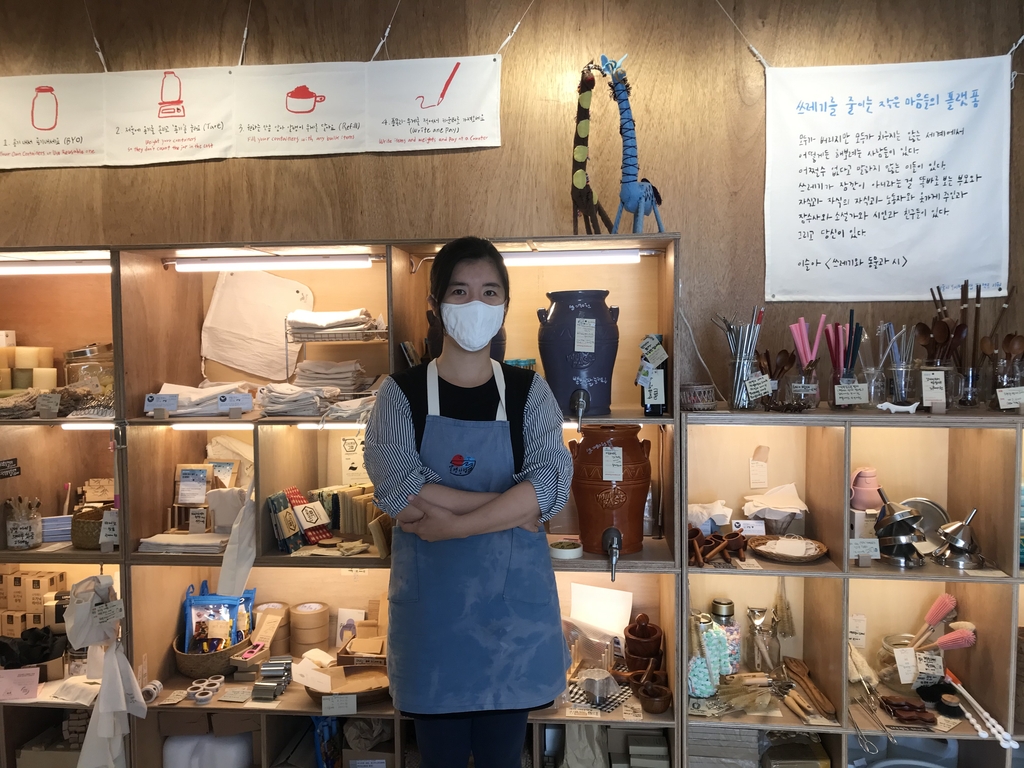 "We've increasingly been getting more inquiries coming in from people that recently got interested in the plastic waste issue. COVID-19 has definitely served as an eye-opener in that sense."

But both of them emphasize that these individual movements -- however positive they are -- are not enough to prevent a looming plastic pandemic on a national scale.

"It's really not sustainable to rely on people's lifestyle changes. The move should happen in line with changes led by companies and the government. It has to go together," Yang stressed.

Fortunately, a growing number of companies are moving to reduce waste for waste-conscious customers.

McDonald's Korea is aiming to replace all of its packaging with eco-friendly material by 2025 and introduce no-straw lids for drinks. Retailers like SSG encourage customers to use reusable bags to receive deliveries and some like Market Kurly have introduced water packs that can be more naturally disposed compared with ice packs. 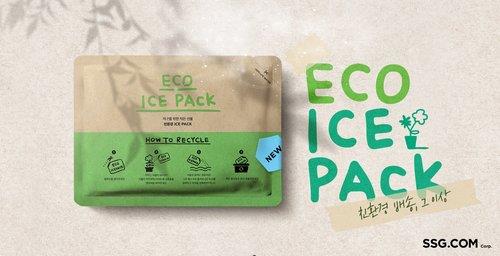 The environment ministry said it understands the gravity of the issue.

"We will push for a paradigm shift in waste management by fundamentally reducing waste and preparing resident-friendly waste management facilities," Minister Cho Myung-rae said during a recent parliamentary audit session, referring to a waste management master plan released in September.

The government plans to cut South Korea's single-use goods by 35 percent and plastic waste by 10 percent by 2022.