An EEZ is a sea zone that a country has special rights over regarding the exploration and use of marine resources. It stretches out to 200 nautical miles from the shore.

Seoul has demanded that the EEZs of South Korea and China be demarcated by drawing a median line between the two countries' overlapping areas. But Beijing has demanded that a proportional EEZ line be drawn by taking into account coastlines and the population along them.

Chinese warships crossing the median line accounted for nearly 80 percent of the total 370 tallied during the cited period, including 50 and 30 times by Russian and Japanese warships, respectively.

"The frequency of Chinese warships crossing over the line in the EEZ is increasing," the lawmaker said, urging the military to "promptly and firmly" respond in case of any incidents violating its territorial waters. 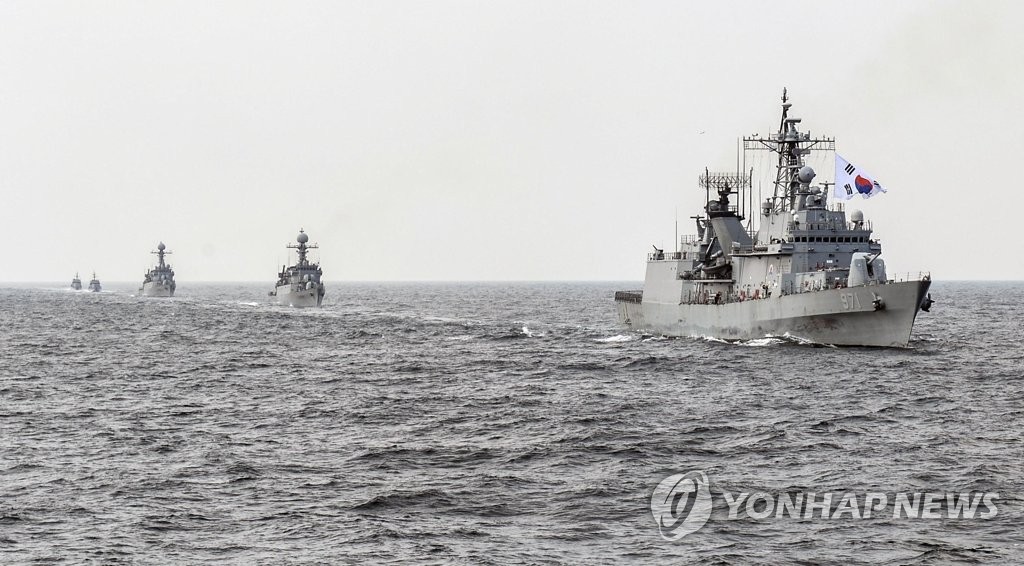