SEOUL, Oct. 16 (Yonhap) -- Army Chief of Staff Gen. Nam Yeong-shin apologized Friday for the military's brutal crackdown on protestors during a 1980 pro-democracy uprising in the southwestern city of Gwangju, vowing to fully cooperate with an ongoing probe into the case.

This is the first time in 40 years that an Army chief officially apologized for the bloody incident.

"I believe that the military's involvement in the May 18 Democratization Movement is gravely wrong," Nam said during a parliamentary audit of the Army on Friday. "I'd like to offer a sincere apology to victims and bereaved families."

On May 18, 1980, the military junta, led by then Gen. Chun Doo-hwan, brutally cracked down on demonstrators in the southwestern city of Gwangju protesting Chun who had taken power in a military coup the previous year. The incident left more than 200 people killed and 1,800 others wounded.

Rep. Sul Hoon of the ruling Democratic Party called on the military to fully cooperate with an ongoing investigation into the case, and the Army chief pledged to do so.

In May, an independent committee launched a probe to uncover the truth behind the tragedy, including who ordered helicopter gunship attacks on civilian protesters. The committee was set up in 2018 in accordance with a special law for fact-finding missions. 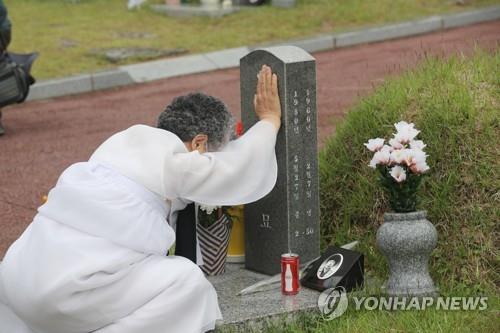