Moon was responding to reports that the country ranked first in the Paris-based group's "2019 Digital Government Index" assessment.

Moon, during a government meeting at his office, attributed the feat to the country's longtime efforts initiated by the Kim Dae-jung government, according to presidential spokesman Kang Min-seok.

The current digital government system represents "evolution" from the past analog and "e-government" systems, Kang said.

He said the government will do its best for the success of the Digital New Deal, a pillar of its signature Korean-version New Deal project, Kang said at a press briefing. 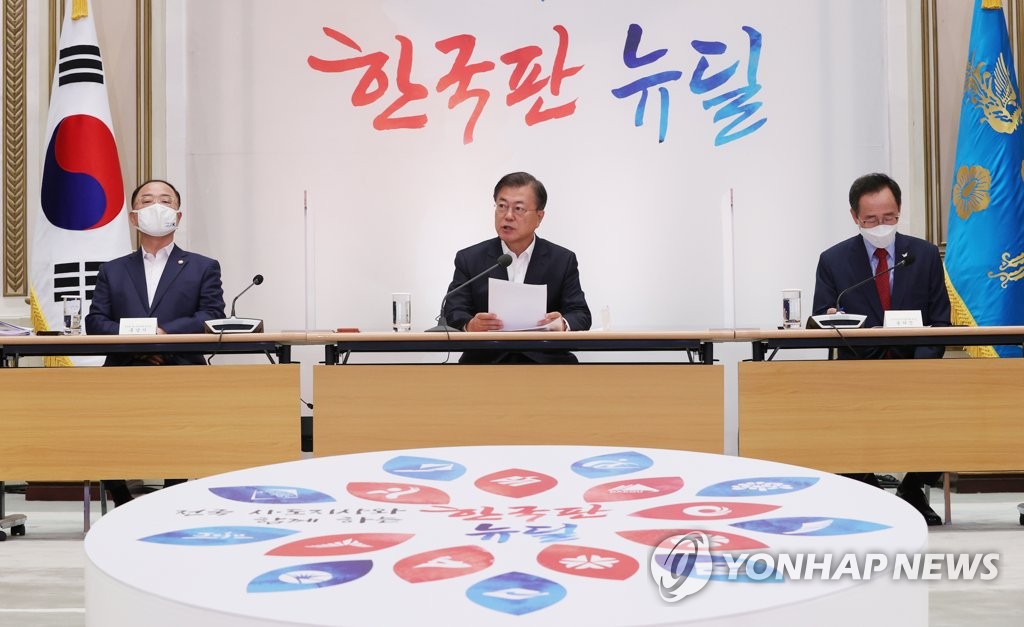