SEOUL, Oct. 16 (Yonhap) -- Stuck in a slump that has stretched for over two months, former major league star Addison Russell will be held out of the Kiwoom Heroes' starting lineup for the second straight game on Friday.

Russell, a 2016 National League All-Star and one of the biggest names to come to the Korea Baseball Organization (KBO), is only batting .220 (9-for-41) in October, which follows a .196 batting average from September. A former 21-homer man for the Chicago Cubs has gone deep just twice in 62 games for the Heroes since joining them at the end of July. He has also committed 12 errors. 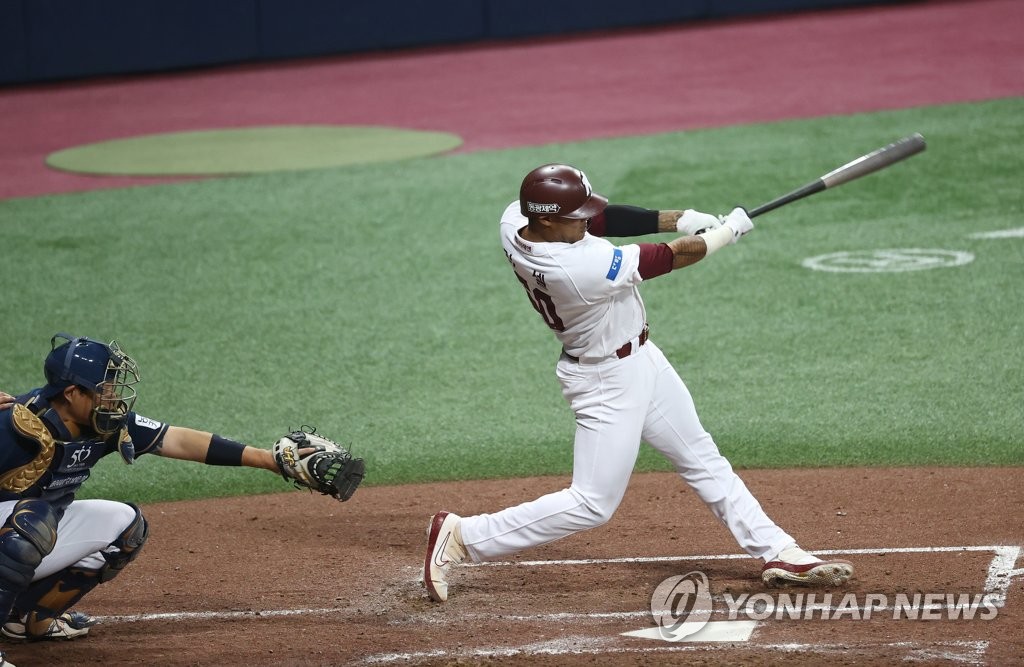 Interim manager Kim Chang-hyun said Friday he will help Russell clear his head by giving him another day off.

"We've tried a few different things. We changed his practice routines and kept giving him opportunities to play," Kim said in his media availability before hosting the Doosan Bears at Gocheok Sky Dome in Seoul. "This time, we'll give him a breather. He said he would try to relax a bit more and just watch the game."

Then he lost his stroke in September and hasn't regained it. Kim said the problems were more mental than physical.

"He said he feels great during practices, but during games, he said he chases bad pitches because he wants to start putting up big numbers again," Kim said. "Early on, I liked how aggressive he was at the plate, on the field and on base paths. But I think he's been too stressed out about his struggles."

Asked if Russell has failed to live up to expectations, Kim said, "It's not so much about our expectations. I just think he hasn't played the way he's capable of." 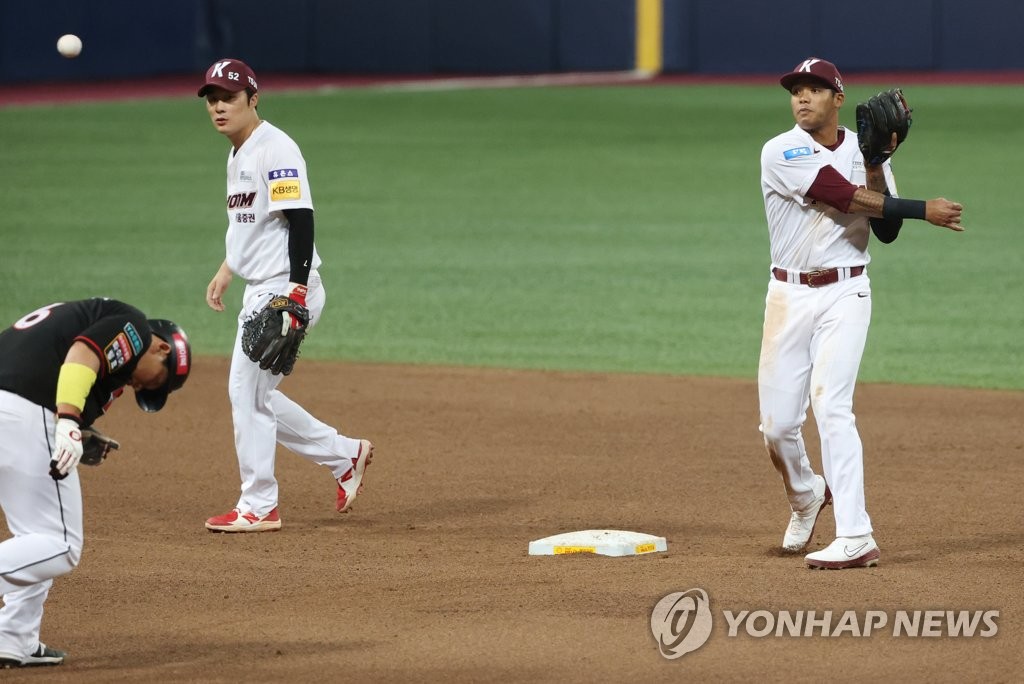 Though Russell was an All-Star shortstop in the majors, he also has experience playing second base. He said earlier in the year that he feels more comfortable at shortstop, but Kim said Russell will likely stay at second base going forward.

"I think he has performed better as second baseman than as shortstop," the interim boss said, adding that the Heroes already have a KBO All-Star shortstop in Kim Ha-seong, who shifted over to third base right after Russell's arrival but has since moved back to his old position.

Kim Chang-hyun said he will only use Russell as a pinch hitter in low-pressure situations -- for instance, in late innings with a lopsided score.

"We're going to give him some time and let him do his things," Kim said. "I think it's really up to him to find his composure again."