They were the German, Vietnamese, Austrian, Chilean, Pakistani and Omani ambassadors to South Korea.

Having a group conversation with them after the Cheong Wa Dae ceremony, Moon pointed out that Yoo is running for the post with a vision for reforming the WTO, rebuilding trust in the multilateral trading system and promoting inclusive growth, according to presidential spokesman Kang Min-seok.

The two-way final round of the race is to kick off next week, which also involves Nigeria's former Finance Minister Ngozi Okonjo-Iweala.

Moon also requested special interest in the second P4G summit scheduled to be held here in the first half of next year, Kang said. 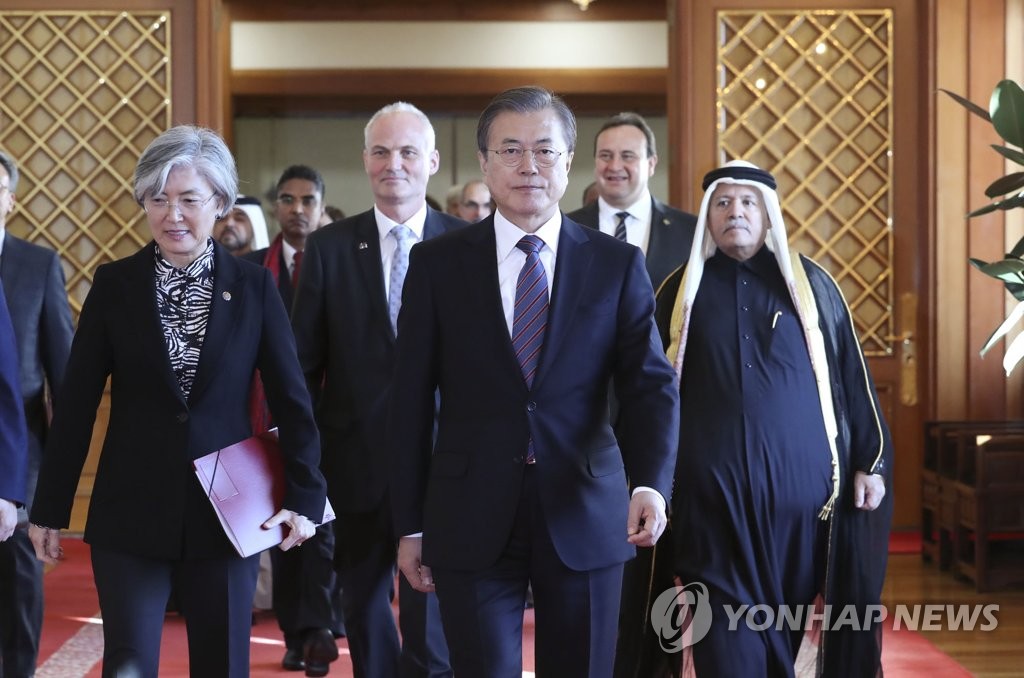