Prosecutors in Suwon, 45 kilometers south of Seoul in Gyeonggi Province, also asked the local court Friday to restrict Cho's employment for 10 years and place him on probation for five years.

Cho is accused of having sexually abused and assaulted Shim on multiple occasions from 2014 to 2017. He has already served an 18-month sentence for physical assault on Shim. 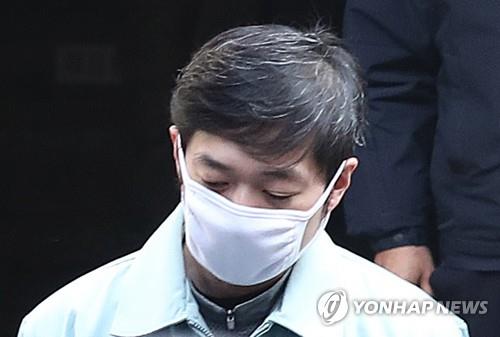 Cho has acknowledged his physical and verbal abuse, but has denied he ever sexually assaulted his athletes.

But prosecutors said Cho has committed "an extremely serious crime" and that Shim wants him severely punished for his action.

Cho's history of alleged assault came to light only weeks before the start of the 2018 Winter Olympics in South Korea's PyeongChang. Shim still skated at the competition and picked up her second career Olympic gold in the women's 3,000m relay.

Shim, 23, has been one of South Korea's most visible winter sports athletes, and she has been praised for her courage in stepping up to wage a legal battle against Cho.