South Korean Finance Minister Hong Nam-ki had the virtual meeting with his Chinese counterpart He Lifeng, chairman of the National Development and Reform Commission, according to Seoul's finance ministry. The high-level economic talks were last held in February 2018.

They discussed ways to bolster exchanges in the tourism and cultural sectors that have nearly halted over the COVID-19 pandemic, according to the ministry.

South Korea stressed the need to boost exchanges in cultural content, tourism and video games, proposing resumption of cultural exchange programs, including a friendship concert involving singers of both nations.

China proposed ways to promote cooperation in the health care industry, sports and other sectors, the ministry added.

In February 2018, the two countries resumed the talks after a hiatus of nearly two years caused by a diplomatic feud over the installment of an advanced U.S. missile defense system in South Korea. 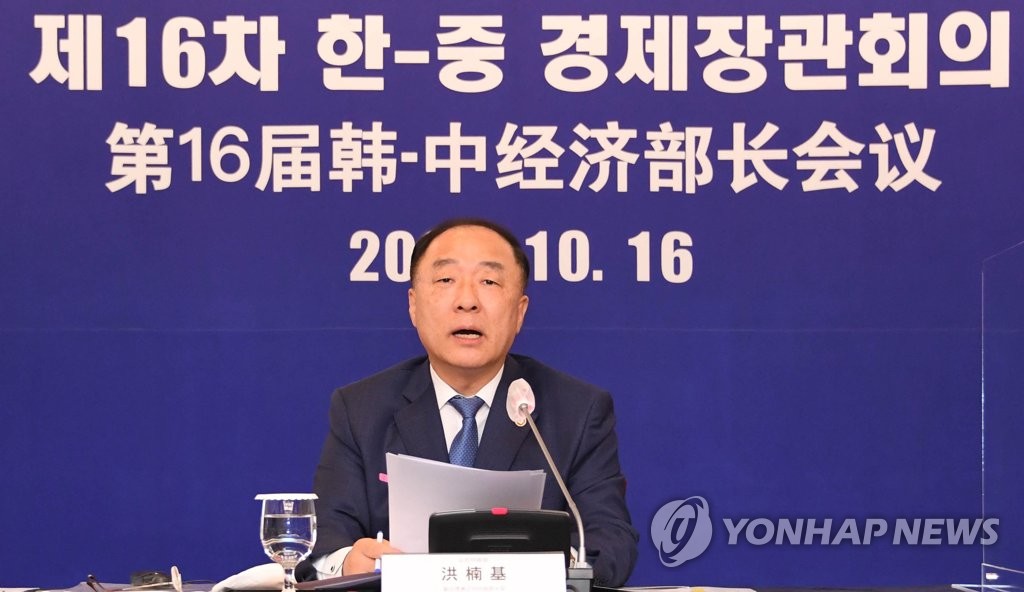