SEOUL, Oct. 16 (Yonhap) -- North Korea has criticized South Korea at a U.N. meeting for conducting a joint military drill with the United States and vowed to bolster its military in response to the South's "hostile" acts, the foreign ministry in Pyongyang said Friday.

An unnamed North Korean chief delegate made the remarks during a speech at the U.N. General Assembly in New York on Oct. 9, the ministry said.

"On the southern side of the Korean Peninsula, a provocative joint military drill was conducted even in the midst of the spread of infectious disease and state-of-the-art weapons continued to be brought in from outside, threatening peace and making hostile acts no secret," the delegate was quoted as saying.

The delegate's remarks apparently refer to a joint military drill carried out between South Korea and the United States in August amid the COVID-19 pandemic, and the South's move to bring in Global Hawk unmanned aircraft.

North Korea has long denounced Seoul and Washington's military drills as a rehearsal for an invasion of the North, calling on the U.S. to end its hostile policy. The allies say that the exercises are defensive in nature.

North Korea stressed that it needs to strengthen its military force in a bid to ensure the country's safety and development.

"We will never stop on the path to build the strongest defense capability that no one can stand against," the delegate said.

The North Korean official also called on the U.S. to withdraw nuclear weapons installed outside its territory, saying that states that have many nukes should take the lead in removing nuclear weapons for the goal of nuclear disarmament.

Since withdrawing from the Intermediate-Range Nuclear Forces (INF) treaty, a key Cold War-era arms control accord with Russia, in August 2019, the U.S. has been exploring possibilities of deploying longer-range ballistic missiles to East Asia in an apparent bid to enhance regional security.

North Korean leader Kim Jong-un vowed to continue to strengthen "war deterrence" for self-defense and showed off a new intercontinental ballistic missile (ICBM) and other weapons during a military parade in Pyongyang on Oct. 10 to mark the 75th founding anniversary of the ruling Workers' Party. 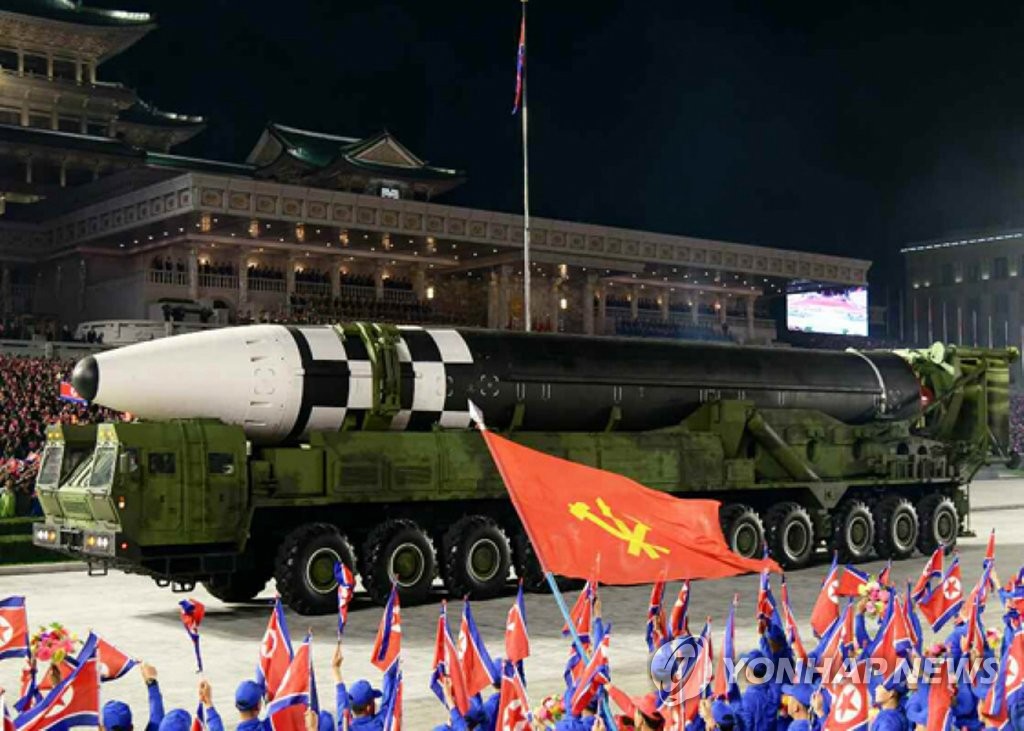