SEOUL, Oct. 16 (Yonhap) -- As gratifying as it was for the Kiwoom Heroes to beat their rivals Doosan Bears on Friday, perhaps the real satisfaction was in seeing who played an instrumental role in their 7-4, come-from-behind victory in the Korea Baseball Organization (KBO) contest. 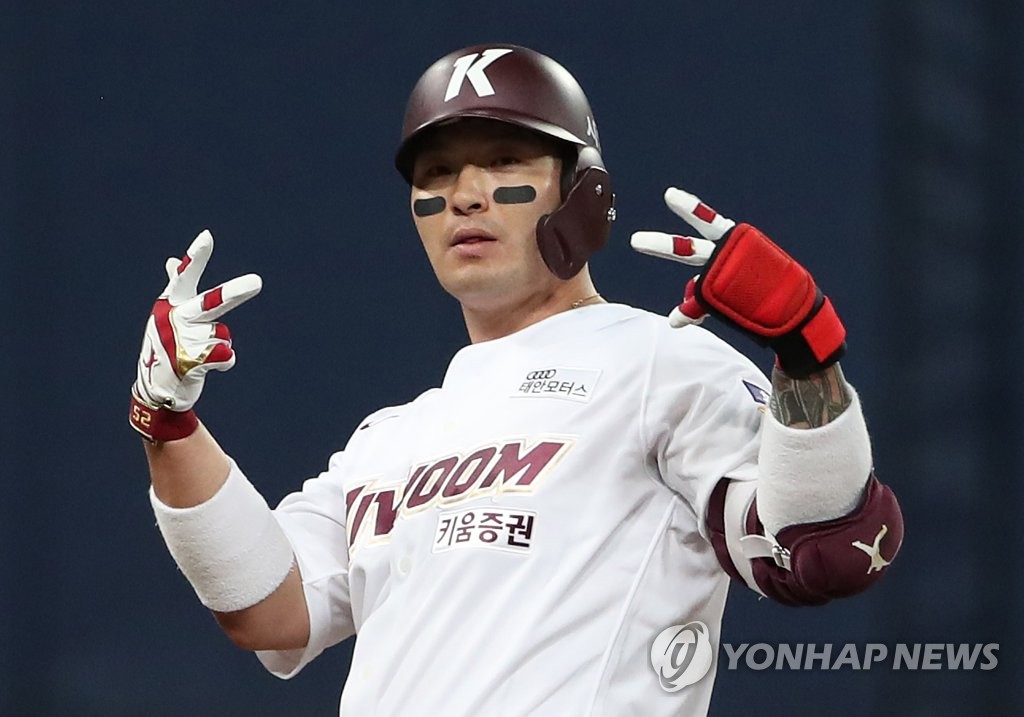 Cleanup Park Byung-ho came through with a go-ahead, two-run double in the seventh inning at Gocheok Sky Dome in Seoul. The Heroes erupted for six runs in that frame alone to erase a 4-1 deficit.

Park went 2-for-4 with those two RBIs. Though it was just one game in what has been a frustrating season for Park, any production the Heroes can get from Park is welcome, especially as they try to position themselves for a long postseason run.

Park entered Friday with a .221/.351/.443 line, 20 home runs and 61 RBIs in 89 games. Held back by assorted injuries all season, the 34-year-old has been a shell of his former, fearsome self. Just last season, Park led the league with 33 home runs, extending his streak of 30-homer seasons to six.

Park opened this season by batting .212 in May and never rediscovered his stroke. He missed almost two months, from mid August to early October, with a hand injury. Park only returned to the lineup a week ago. He had gone 3-for-23 before breaking through on Friday.

"I am happy to have given us the lead at such a critical juncture in the game," Park said. "I've spent so much time on the sidelines. My mindset going into every at-bat is to get back into rhythm as quickly as possible."

Park was lifted after the seventh inning because of pain in his right thumb. The Heroes said Park felt the sting after getting jammed on a pitch in the first inning, and that he was taken out for precaution. 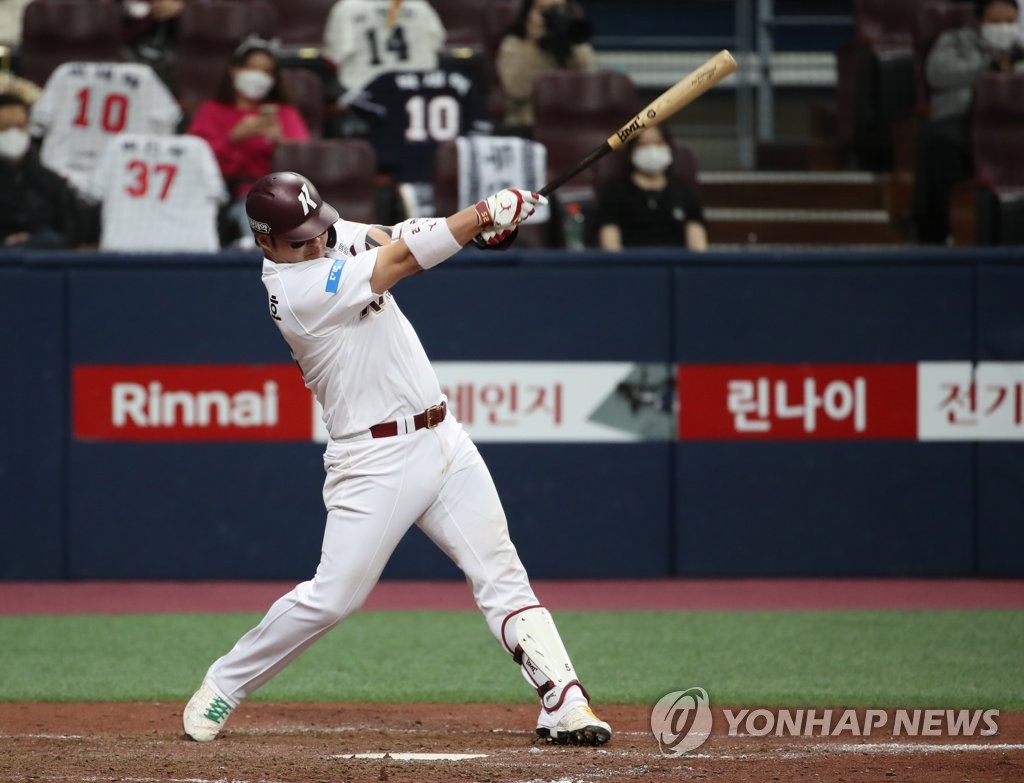