WASHINGTON, Oct. 16 (Yonhap) -- U.S. National Security Adviser Robert O'Brien said Friday that there may be a chance to resume denuclearization talks with North Korea around next summer's Olympic games.

"You know there may be an opportunity next year if, and I think we are all hoping that with COVID, potentially maybe next year, we can have the Olympics in Tokyo," the top security adviser said in a webinar hosted by a Washington-based nonprofit organization, the Aspen Institute.

"I think the North Koreans are interested in participating in the Olympics in Tokyo. There might be a season, either before, during or after the Olympics, where the parties could come together and have some negotiations that lead to some prosperity and better economic times for the North Korean people, people of the DPRK," he added.

The Tokyo Olympic Games have been delayed from this year due to the COVID-19 pandemic, and are now set for July 23-Aug. 8. 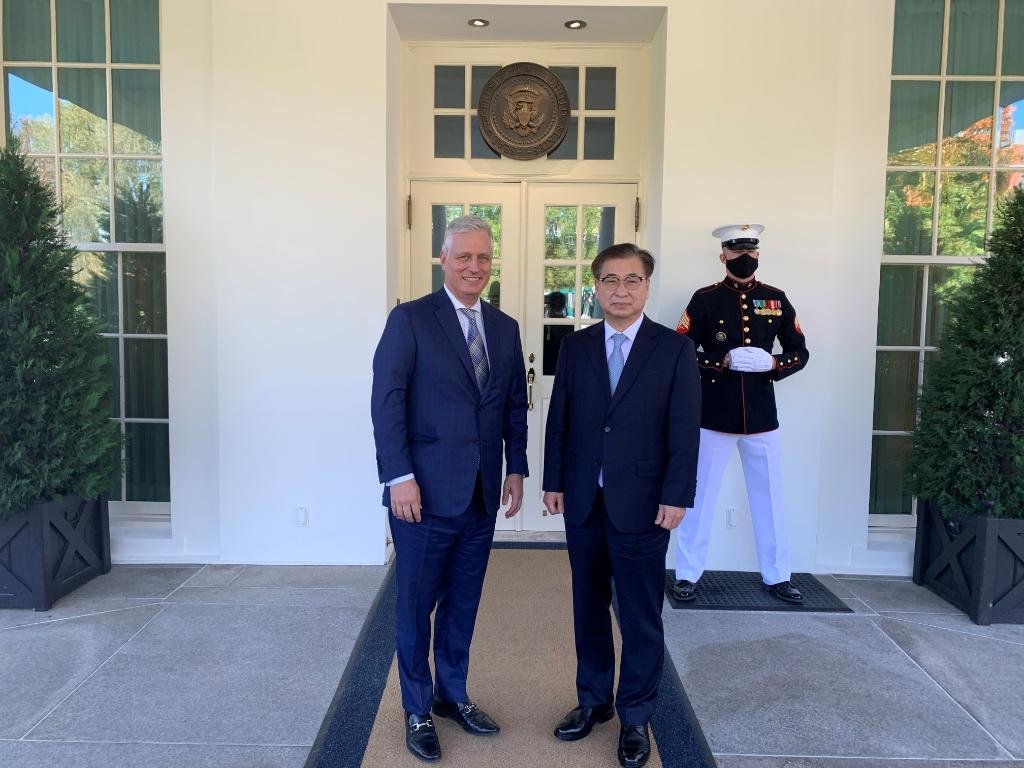 U.S. President Donald Trump and North Korean leader Kim Jong-un have met three times, but their talks have stalled since their second bilateral summit, in Hanoi in February 2019, ended without a deal.

Their first summit, which also marked the first-ever U.S.-North Korea summit, was in Singapore in June 2018.

O'Brien insisted the North will see no other option but to resume the dialogue after the Nov. 3 U.S. presidential election, and if Trump is reelected.

"So you've got this interesting situation where the president has had very cordial communications with Kim Jong-un, Chairman Kim, but at the same time, we've had a maximum pressure campaign on North Korea to let the North Koreans know that we are very serious about our concern with their ballistic missile program, their nuclear program," said O'Brien.

"I am hopeful that after the election, once the North Koreans realize that there is no other option, then we'll have a chance to negotiate," he added.

The national security adviser also praised Trump for having achieved what no other U.S. administration had, partly referring to the communist state's ongoing moratorium on nuclear and long-range missile tests.

"This has been a problem that has bedeviled every administration," said O'Brien. "I think that the president has achieved results that no one thought he could because we've had the toughest sanctions in history on North Korea that are being enforced."

Pyongyang has maintained its self-imposed moratorium on nuclear and long-range missile tests since November 2017, when it last test-launched an intercontinental ballistic missile. The missile test had followed the country's sixth and last nuclear test in September that year.

Kim, however, has said he no longer feels bound by the self-imposed ban on weapons testing.

O'Brien said he did not want to speculate on what would happen if the North resumed its weapons testing, only saying the U.S. appreciates the fact that there have been no such tests for more than two years.