SEOUL, Oct. 17 (Yonhap) -- South Korea voiced "deep regrets" on Saturday over Japanese Prime Minister Yoshihide Suga's sending of a ritual offering to a war shrine seen as a symbol of Japan's past militarism.

Earlier in the day, Suga sent a "masakaki" tree to the controversial Yasukuni Shrine in Tokyo in line with an annual autumn festival.

It marked the first time that Suga sent such an offering to the war shrine since he took office in September. He succeeded his predecessor Shinzo Abe, who resigned due to health issues.

"We express deep regrets that Japanese government and parliamentary leaders sent offerings again to the Yasukuni Shrine that glorifies Japan's history of wars of invasion and honors war criminals," Seoul's foreign ministry said in a statement.

"Our government strongly called on responsible Japanese leaders to respond to calls for the future-oriented development of South Korea-Japan relations by facing history squarely and humbly reflecting on and genuinely atoning for past history through actions on the occasion of the launch of the new Cabinet," it added.

Yasukuni Shrine honors Japan's war dead, including 14 Class A war criminals. Visits to the shrine by Japanese leaders have been a key source of tension in the region as Asian neighbors view the visits as an attempt to beautify the country's militaristic past.

Abe visited the shrine last month for the first time in nearly seven years. He had not visited Yasukuni as prime minister since his last visit in 2013 sparked criticism from South Korea and China, which suffered Japanese aggression in the 20th century. 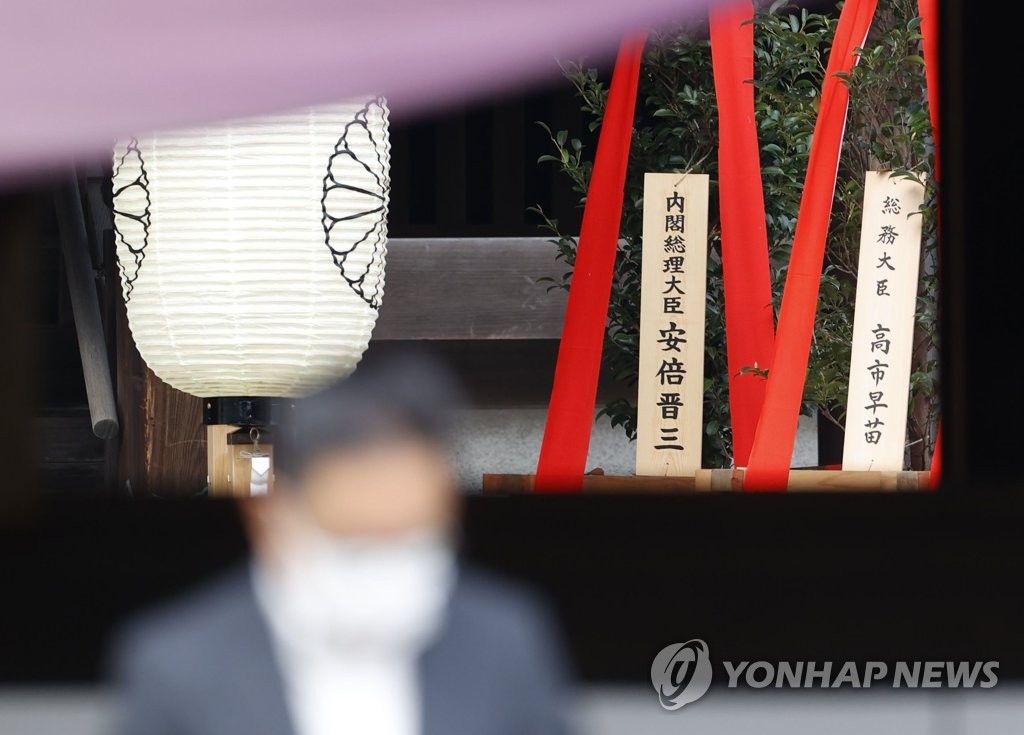