The 4.59-ton vessel briefly crossed the Northern Limit Line (NLL), the de facto maritime border with the North, at about 1 p.m., when it was at about 11.4 kilometers northwest of an islet near Yeonpyeong Island in the Yellow Sea, according to the Coast Guard in charge of the central region.

Two Vietnamese and one Chinese crewmen were reportedly aboard the ship without their captain.

Coast Guard officials said the boat is believed to have mistakenly crossed into the northern side of the NLL, as it stayed in the North Korean waters very briefly and returned straight away.

The captain, who was reportedly monitoring the boat from outside, discovered that the boat was moving in the wrong direction and told his crewmen to change course, according to Coast Guard officials.

South Korea's Joint Chiefs of Staff (JCS) confirmed the crossing had occurred and said that they are looking into the incident to find out what exactly happened.

"We are working with related agencies and investigating the overall circumstances, such as how the vessel came to cross the border," the JCS said. "We will brief further when we have the investigation result." 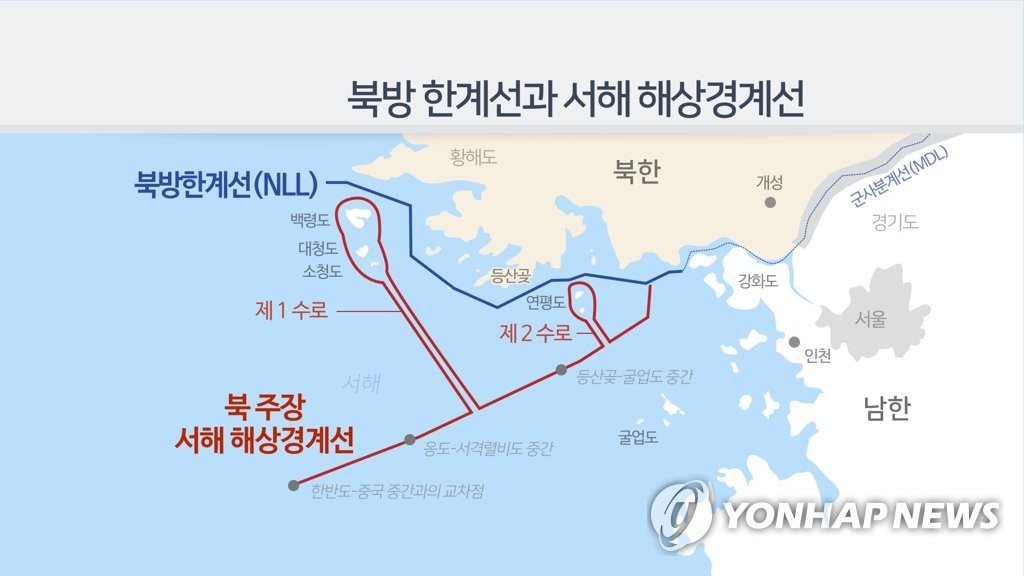