A research group from its cultural heritage agency found the tomb on a hillside in Undok area of Ryonggang County in the western city of Nampo, South Pyongan Province, the Korean Central News Agency (KCNA) reported.

The tomb consists of a burial chamber and passage, with a stone gate of about 125 centimeters tall and 60 meters wide. It was found not far from the existing Ryonggang tombs listed as a world heritage site, the KCNA said.

But it is the first time a tomb with murals of the Sasindo, the four guardian deities, has been found in the Ryonggang area, adding to its historical and academic value, according to state media.

The four guardian deities refer to divine animal gods that were believed to serve as guardian spirits that lead the dead to the afterlife or protected the burial chamber from evil spirits.

KCNA also quoted the research officials as saying that its stone gate with "metal door pulls preserved in their original state" adds to its academic significance. 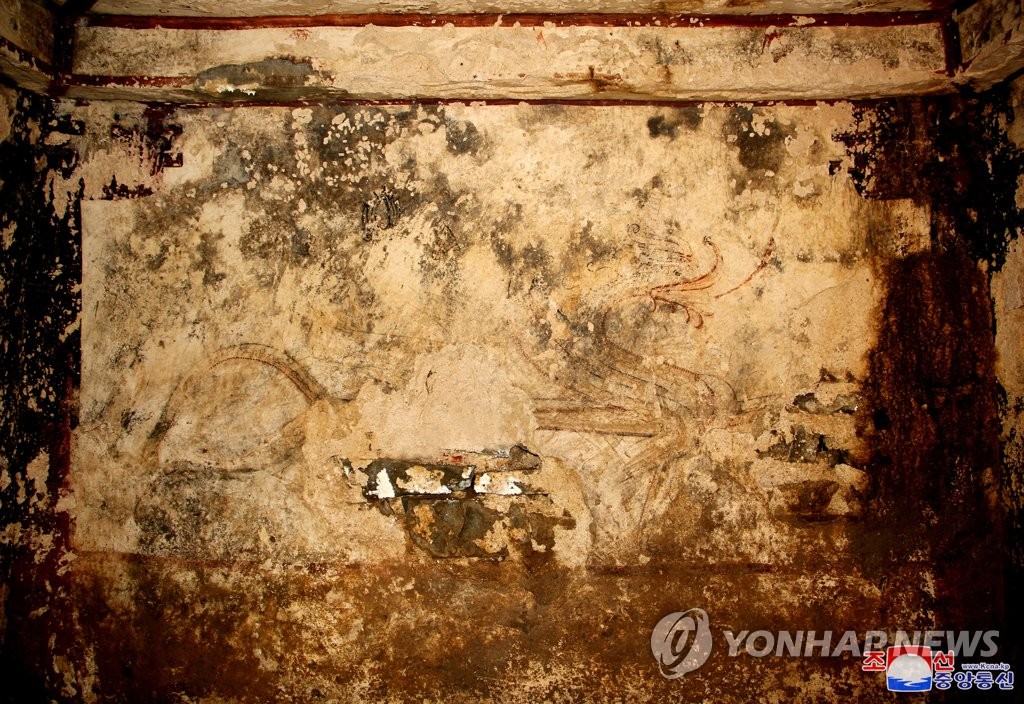