Korean Air plans to sell a lot of land in downtown Seoul to the Seoul city government for at least 500 billion won and get a subsidy of 1 trillion won from the government within this year.

Korean Air has been in negotiations with the city government to sell its land in Gwanghwamun, central Seoul, but has failed to narrow a price difference.

Korean Air wants to sell the land for at least 500 billion won, while the city government set the land price at 467 billion won, proposing paying in installments until 2022. 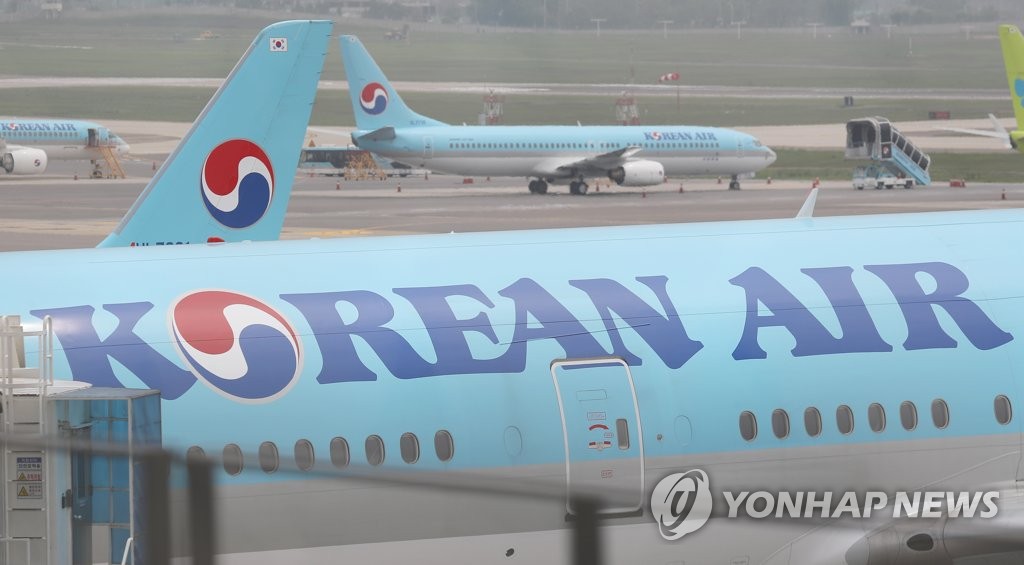 The full service carrier has been in talks with the state-run Korea Development Bank (KDB) to secure 1 trillion won in cash under the government financial support program for key industries.

In May, South Korea launched a fund worth 40 trillion won to provide financial assistance to the country's backbone industries, including the airline service sector, amid the economic fallout of the new coronavirus.

As part of efforts to raise cash, Korean Air has been also pushing to sell a stake in its wholly owned Hanjin International Co., which operates Wilshire Grand Center, a skyscraper in Los Angeles.

KDB and Export-Import Bank of Korea (Exim Bank) asked Korean Air to secure 2 trillion won by the end of 2021 on the condition of providing emergency funds worth 1.2 trillion won in April.

In addition, Korean Air's debt to repay in the fourth quarter reached about 1.2 trillion won.

Such a financial situation drove Korean Air to quickly secure cash despite strong earnings in the second quarter and a positive outlook for the third quarter on the back of a rise in air cargo, market watchers added.