SEOUL, Oct. 19 (Yonhap) -- Shares in Big Hit Entertainment, the creative nest of K-pop superstar BTS, continued to suffer an extended slump on the third day since the company's market debut as some institutional investors dumped the stocks.

The entertainment firm had a rollercoaster market debut on Thursday, when its stock price soared to 351,000 won, sharply up from the 135,000-won initial public offering price, but eventually closed down 4.44 percent.

The shares plummeted 22.29 percent on the second day of trading. 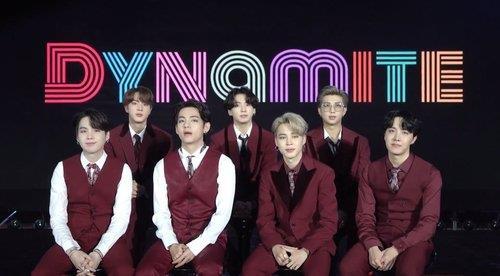 Local analysts noted that the company's IPO price may have been overpriced given that BTS' value cannot be exactly equated with the agency's stock prices and BTS' status in Big Hit.

"Big Hit's merit is its contract with BTS, the global top artist, and its Achilles' heel is its almost entire dependence on the BTS revenue," Meritz Securities analyst Lee Hyo-jin said.

Experts warned that Big Hit shares may face even greater volatility for weeks to come, as institutional investors, who hold 35.68 percent in Big Hit, will be allowed to sell off a certain portion of their stocks within a month.

According to the data compiled by the Financial Supervisory Service (FSS), some 1,527,000 shares held by institutional investors will be traded within one month as a lock-in period draws near, with about 13,000 shares likely to be sold in as early as two weeks.

Local analysts said the selling spree may cause heavy losses to retail investors, who bought a net 415 billion won worth of Big Hit stocks during the first three days after the market debut.

Institutions, on the other hand, dumped a net 21.2 billion won worth of Big Hit stocks, with foreigners offloading a net 87.1 billion won for profit-taking.

Losses soared to as high as 46.15 percent for those who bought the stocks at their highest price of 351,000 won on the first day, brokerage data showed.