SEOUL, Oct. 19 (Yonhap) -- A total of 27 sitting lawmakers will stand trial on charges of violating the public election law while campaigning for the latest parliamentary elections, according to the Supreme Prosecutors Office on Monday

The prosecution initially booked 149 sitting lawmakers on charges of breaching the Public Official Election Act during their campaigning for the April 15 elections before bringing formal charges against 27 of them, according to the prosecutors' office.

The office announced the final result on Sunday, three days after the deadline for the statute of limitations for unlawful campaigning during the latest elections. 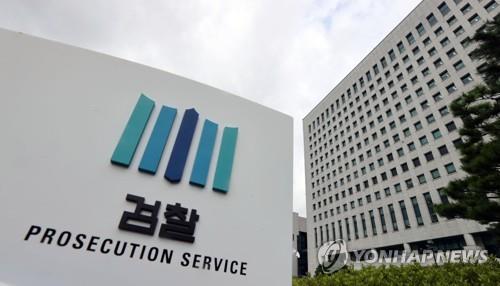 Compared with the previous parliamentary elections in 2016, six fewer sitting lawmakers were indicted on election law violation charges this year.

The decrease is attributable to the new coronavirus pandemic, which cut down in-person campaigns and rallies, prosecutors said.

Among the 27 indicted were 11 lawmakers of the main opposition People Power Party (PPP), including Reps. Cho Su-jin, Lee Che-ik and Hong Suk-joon.

The ruling Democratic Party had nine of its lawmakers formally charged, including Reps. Jeong Jeong-soon, Lee Kyu-min and Yun Jun-byeong.

With the biggest group of its lawmakers facing official prosecution charges, the main opposition PPP, now controlling 103 out of the 300 parliamentary seats, is at risk of slipping below the crucial 100-seat threshold needed to retain its power to veto a possible attempt to amend the Constitution by the ruling party.

Of the 27 indicted, the largest number of 10 lawmakers was indicted on charges of smear campaigns against rivals, followed by seven cases involving unlawful electioneering, according to prosecutors.

Including lawmakers, 2,874 people in total were booked on charges of election law violations committed during the campaign period for the April 15 elections, down 9.5 percent from 2016, according to the prosecutors.

Of them, 36 were placed under arrest while another 1,154 were formally indicted and will stand trial.

The prosecution said it will further broaden its investigation into other law violation cases in connection with the latest parliamentary elections such as Political Funds Act violations that have no statute of limitations.