SEOUL, Oct. 19 (Yonhap) -- The military is conducting an investigation into possible security lapses over a recent border crossing of a South Korean fishing boat into the North Korean waters, officials said Monday.

On Saturday, the 4.5-ton South Korean vessel crossed the Northern Limit Line (NLL), the de facto inter-Korean sea border, near the northwestern island of Yeonpyeong at around 1 p.m. and stayed in the North's waters for about 10 minutes before its return to the South, according to officials from the Joint Chiefs of Staff (JCS).

Critics argued that the NLL crossing was yet another sign of laxity in maritime defense, as it took nine minutes for the Navy to identify the vessel after first spotting it heading to the North at around 12:45 p.m.

"We have dispatched officials to the Yeonpyeong Island for further investigation. We will improve our (security) if any shortcomings are identified in the process," a JCS officer said.

Officials said that starting at 12:56 p.m., the military called the ship some 50 times through a maritime communication line to order its return. It was sailing at over 37 kmph at the time.

The boat's communications device, however, was turned off when authorities captured the crewmen upon their return to the South's side.

Two Vietnamese and a Chinese crewmen were aboard the ship without their captain, and they appear to have crossed the line as they were not familiar with the area, according to Coast Guard officials.

Shortly after the incident, the Coast Guard informed the North through a maritime communication channel that a South Korean fishing boat has returned after accidentally crossing the NLL. But the North has not responded yet. 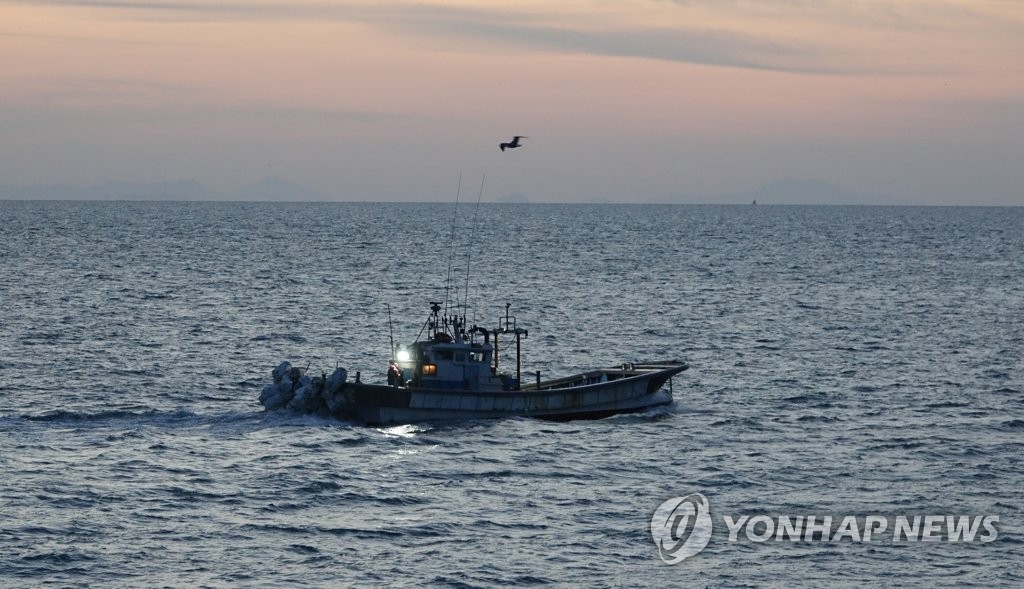