Korea Investment Corp. (KIC) had alternative assets worth US$24.5 billion under its management as of end-2019, or 15.6 percent of its total assets worth $157.3 billion, according to the KIC data presented for an annual parliamentary audit.

The proportion was down 0.8 percentage point from a year earlier. As of end-August this year, the figure was down further to 15.3 percent. 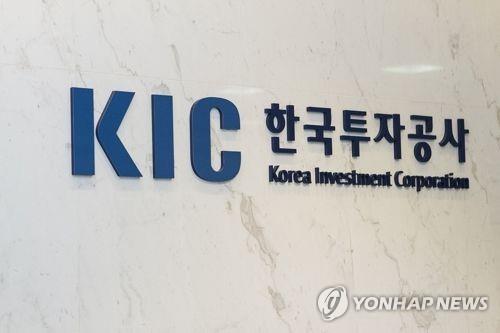 The drop in the share of KIC's alternative assets is out of sync with the sovereign wealth fund's goal to expand investments in those assets in order to create stable revenue and spread investment risk.

Shortly after taking the helm at KIC in March 2018, CEO Choi Hee-nam announced plans to raise the ratio of alternative assets to its portfolio to 19 percent by 2020.

As of end-August this year, the cumulative return on KIC's alternative investments came to 7.29 percent per year, higher than the 5.25 percent yield on traditional assets.

South Korea established the KIC in July 2005 as part of its plans to boost sovereign wealth and help prop up the local financial industry. It manages assets entrusted by the government and the central Bank of Korea.
(END)