The six-track record, the band's first new release in just four months since "Heng:garae" is titled "Semicolon and was released on Monday, fronted by the retro-swing lead track "HOME;RUN."

"We decided on the name 'Semicolon' in the hopes that the album may provide some down time for young people who are living life to their fullest even this very moment," said band member Jeonghan during an online press conference held in Seoul. 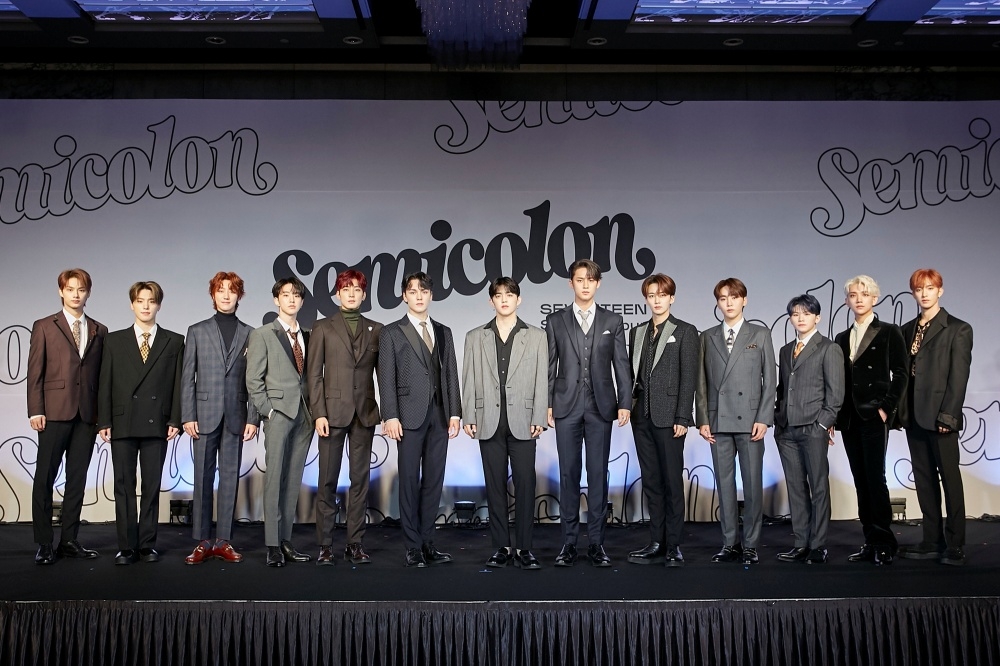 Through "Heng;garae," Seventeen aimed to deliver a dose of comfort and encouragement to today's youth who now face stress more than ever from increasing pressure and competition from and within modern society.

That message is essentially extended into "Semicolon," but with added advice from the band that it's okay to pause and take a break -- as in the spirit of the punctuation symbol's function -- to enjoy life during one's youth while it lasts.

"HOME;RUN" is accompanied by five other tracks, including the trap number "Do Re Mi," jazzy hip-hop track "Light a Flame" and acoustic synth track "Ah! Love." 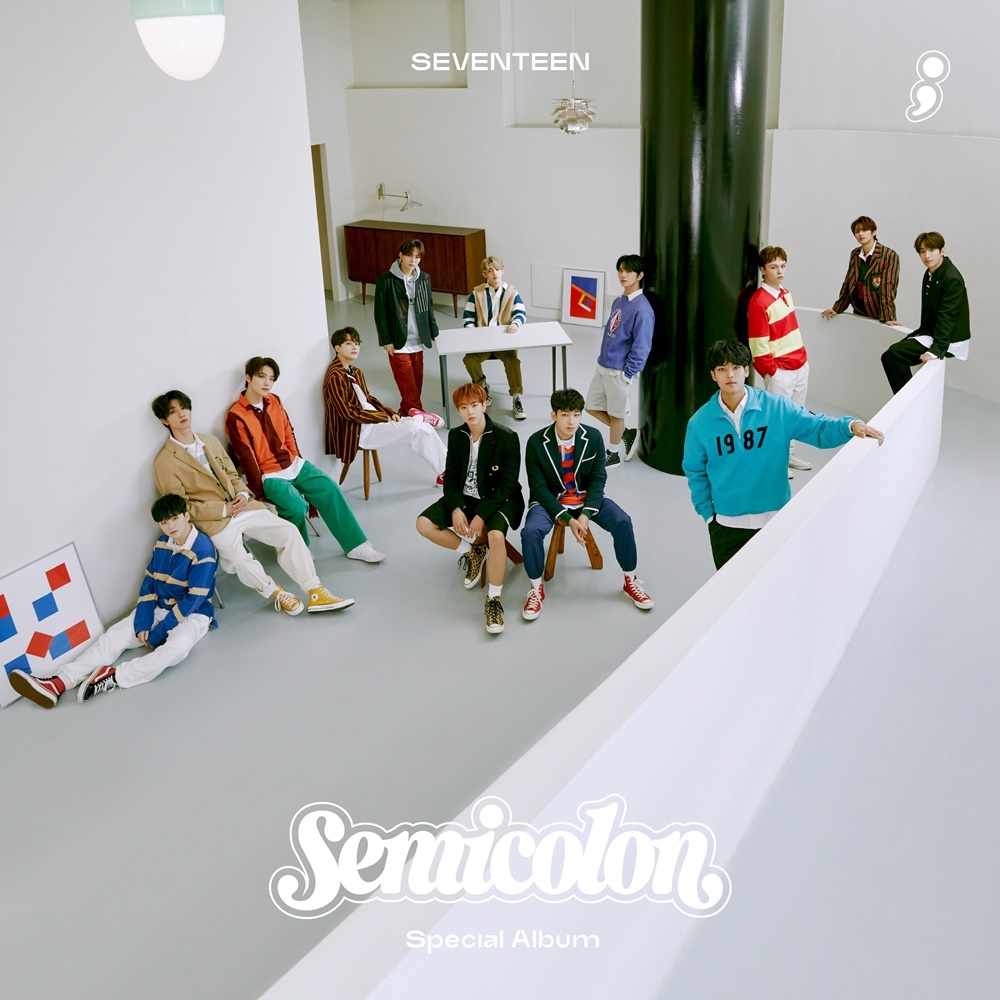 Woozi, the self-producing band's primary songwriter, said the new album encompasses a wide variety of genres and sound palettes, including swing music, retro funk and bossa nova, ensuring that a wider group of music fans than ever before can enjoy the team's work.

With "Semicolon," the 13-piece band is expected to continue its upward trajectory in terms of album sales. In June, the group earned the title of the second-biggest selling K-pop artist in 2020 after BTS, with "Heng:garae," Seventeen's seventh EP album, selling over 1.37 million units.

"Semicolon" is forecast to out perform its predecessor, with retail preorders having reached 1.1 million units as of Friday. 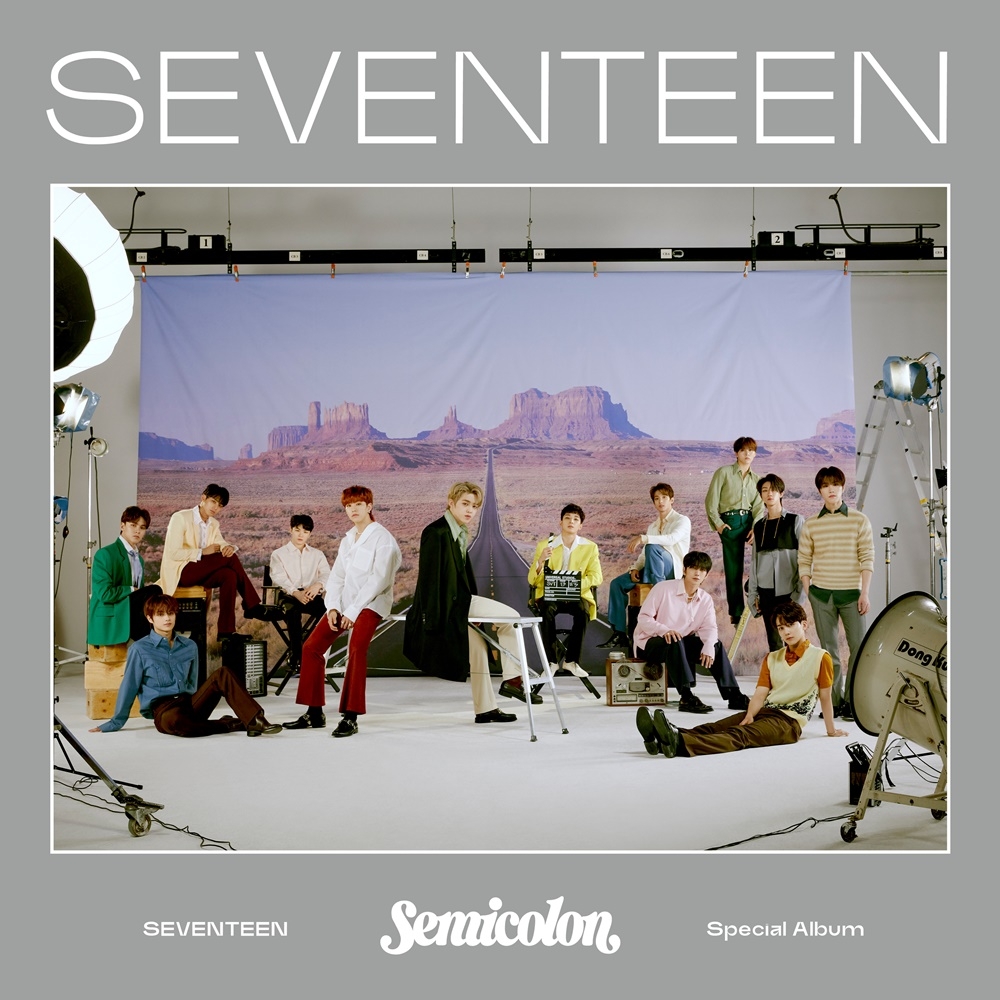 Member Seungkwan said the Seventeen members had a blast each day during the production of the album. "I hope that great energy can be delivered well to those who listen," the singer said.

Since its 2015 debut, Seventeen has shown strong and steady growth in terms of record sales.

The band's agency Pledis was acquired by Big Hit Entertainment, the company behind K-pop powerhouse BTS, in late May. 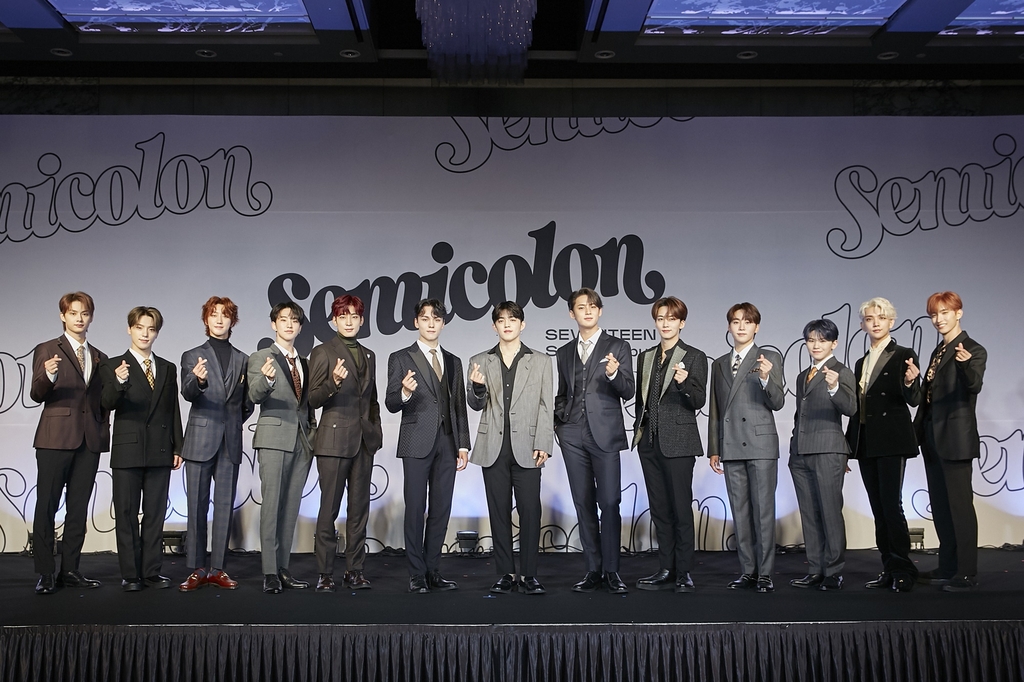