They also stressed the need to further enhance the United States' alliances to deal with growing security challenges from those countries.

"China is the existential threat of the 21st century, but even though those are important and significant at the strategic level, I don't think you can dismiss the more immediate threats -- the threats of nuclear proliferation from North Korea and Iran, which continue to grow worse, and the continuing threat of terrorism," former U.S. National Security Adviser John Bolton said in a webinar hosted by the Atlantic Council.

"I just think it is going to be critical over the next four years, whomever is president. This is not a time to be reducing the Defense Department budget. We need to expand our capabilities. In light of this broad range of threats that we are facing," he said. 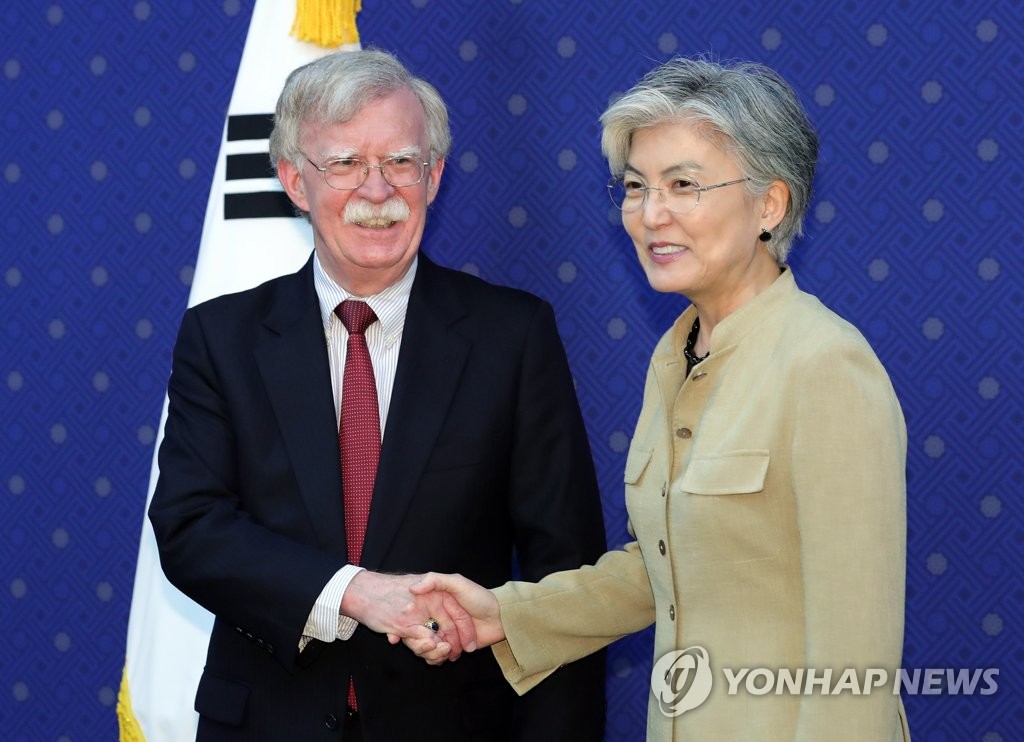 North Korea agreed in principle to give up its nuclear weapons in the first-ever U.S.-North Korea summit, held in Singapore in June 2018 between leader Kim Jong-un and U.S. President Donald Trump.

The communist state has also maintained a self-imposed moratorium on nuclear and long-range missile tests since late 2017, but unveiled a new, longer-range intercontinental ballistic missile at a recent military parade, apparently confirming long-held speculation that Pyongyang continues to build up its nuclear and long-range launch capabilities.

The U.S.-North Korea denuclearization talks have stalled since the second Trump-Kim summit in Hanoi in February 2019 ended without a deal.

James Jones, a former national security adviser in the Barack Obama administration, highlighted the importance of U.S. alliances to deal with the growing threats from countries such as North Korea.

"We know that China is a real threat. We know that Russia is a nuisance, but nonetheless a clever one at that. We know that Iran is not going to live up to its agreements and we know what North Korea is," he told the virtual seminar hosted by the Washington-based think tank.

"We hear talk about pulling forces back to the continental United States from overseas, in Europe in particular. That's worrisome to our friends and allies, and so I think one of the first things that we have to do is come out with a very clear policy statement that is backed up by clear action that we are committed. We do want to maintain our position as a global leader," added Jones.