The country was only behind Saudi Arabia, which delivered an average 5G download speed of 377.2 Mbps, according to a report from industry tracker Opensignal, which tracked data between July 1 and Sept. 28 in 15 countries with 5G networks. 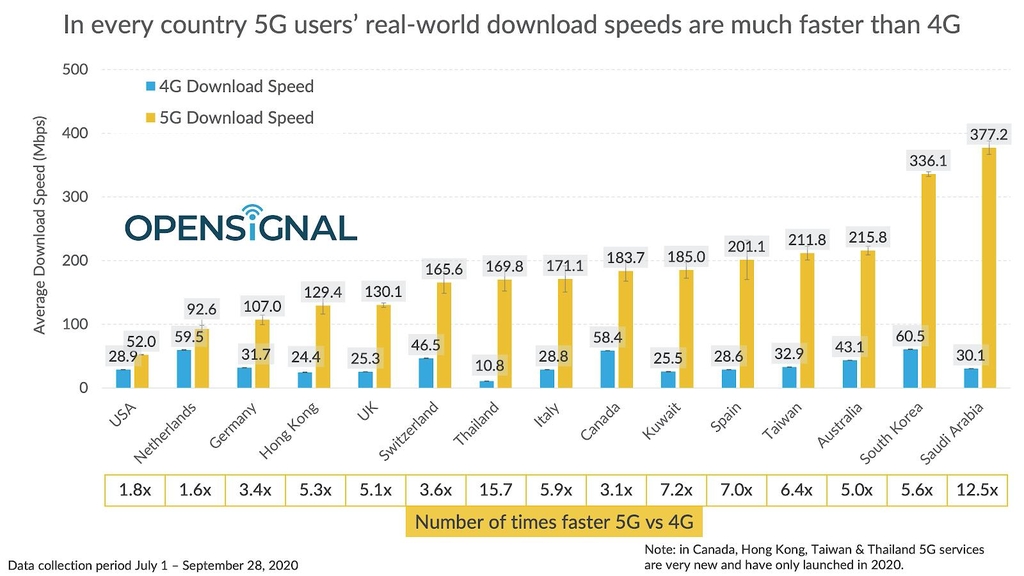 The latest data mark an improvement for South Korea's 5G network, which recorded an average download speed of 312.7 Mbps in an August report from Opensignal.

The time South Korean 5G users spend connected to the network also rose, reaching 22.2 percent, up from 20.7 percent found in the previous report.

Many countries that have deployed 5G, including South Korea, currently offer the network's services on non-standalone mode, requiring support from the 4G network.

South Korea, however, ranked fifth in terms of 5G accessibility in the latest data, with Saudi Arabia at 37 percent, Kuwait at 27.7 percent, Thailand at 24.9 percent and Hong Kong at 22.9 percent.

The latest data comes as the number of 5G users in South Korea has picked up in recent months, since its commercial roll out in April last year.