SEOUL, Oct. 20 (Yonhap) -- LG Household & Health Care Ltd. is estimated to have outperformed industry leader Amorepacific in the third quarter, thanks to a robust growth in the non-cosmetics business, a poll showed Tuesday.

South Korea's No. 2 cosmetics company is projected to have logged an operating profit of 320.9 billion won (US$281.5 million) in the July-September period, up 2.9 percent from a year earlier, according to the survey by Yonhap Infomax, the financial news arm of Yonhap News Agency.

The figure is about eight times higher than Amorepacific's operating profit estimate of 40.7 billion won in the cited period. It represents a 62.1 percent decline from a year earlier. 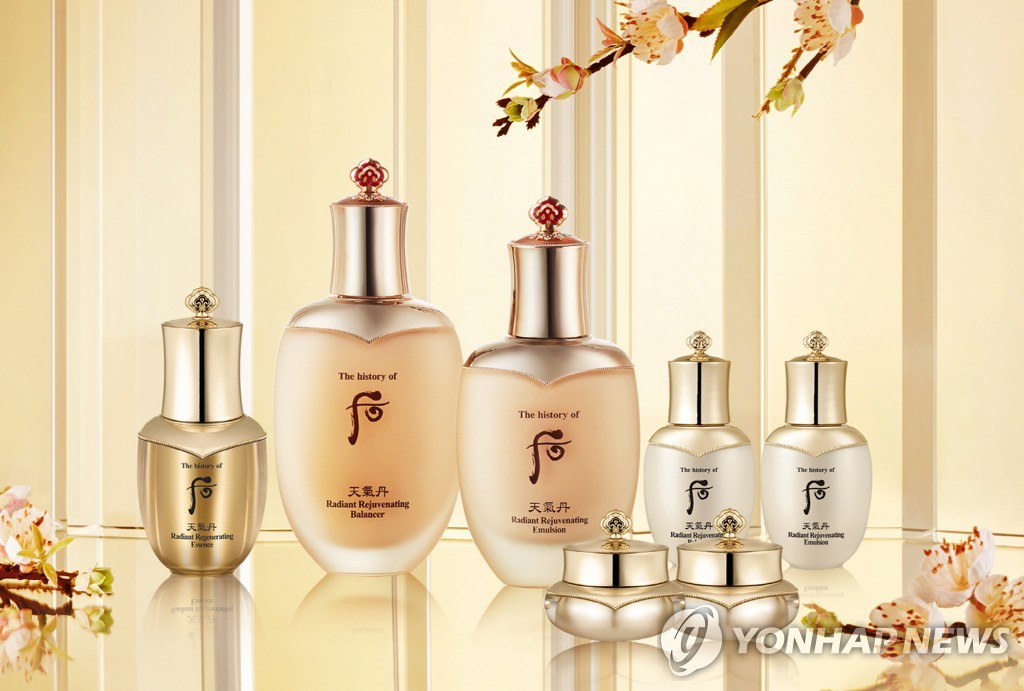 The country's major cosmetics makers have been suffering business setbacks mainly because local duty-free operators, key sales channels of the cosmetics makers, took a beating from the new coronavirus outbreak.

Despite the industrywide slump, LG Household & Health Care logged a solid operating profit of 303.3 billion won in the second quarter on the back of robust performance in the non-cosmetics business.

In the first half of the year, the company's cosmetics sales declined 11.5 percent on-year to 1.99 trillion won. But sales of its household goods business grew 26.4 percent to 941.5 billion won from the previous year.

"Despite the COVID-19 pandemic, the company's luxury cosmetics brands seem to fare well in the Chinese market. Its solid growth in the household goods and beverage business will continue into the second half," Jung Hye-jin, an analyst at Hyundai Motor Securities, said in a report.

But Amorepacific is estimated to have posted a weak bottom line in the third quarter as its cosmetics business mainly relies on sales from duty-free channels, domestic offline stores and overseas units, according to industry watchers.

In the second quarter, its operating income declined 60 percent on-year to 35.2 billion won.

To prop up sales, Amorepacific has been beefing up its online sales channel and focused on enhancing marketing of its luxury brands, including Sulwhasoo. The company also reduced the number of its offline stores of eco-friendly brand Innisfree in China as part of its restructuring efforts.

"Amorepacific was hit hard by the fallout of the pandemic as it was slow to overhaul its sales channels," said Cho Mi-jin, an analyst at NH Investment & Securities Co.

"But the company's earnings are likely to start improving next year as it is strengthening online sales and actively responding to the growth in duty-free markets in China." 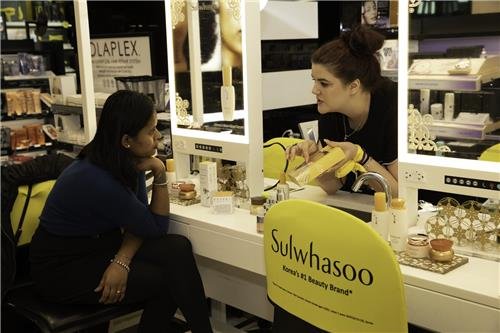