SEOUL, Oct. 20 (Yonhap) -- North Korea is developing its missile capabilities at a pace much faster than expected, significantly narrowing the gap in weapons technology with South Korea, the chief of a state-run defense development agency said Tuesday.

Nam Sae-kyu, head of the Agency for Defense Development, made the remark during a parliamentary audit session, providing an analysis on the weapons the North unveiled in a recent military parade.

"I thought we were some 20 years ahead in terms of solid (propellant) ballistic missile or other missile systems, but after watching (the military parade), I thought the gap has more than halved," the missile expert said.

On Oct. 10, North Korea held the parade to mark the 75th founding anniversary of its ruling Workers' Party, showcasing a new intercontinental ballistic missile (ICBM) and a submarine-launched ballistic missile (SLBM), along with other weapons.

"We have done a lot of analysis (on the weapons rolled out during the parade). I felt (North Korea's weapons) are improving more practically compared to five years ago," Nam said.

On SLBMs, North Korea appears to have worked on securing better flying stability, the agency chief said, adding that the previous type seemed structurally better in terms of functions.

"North Korea could have changed its design due to problems in flying stability. If the North conducts a test in the near future, this aspect is likely to be tested first," he said.

Asked if the North might have made a rapid progress on its missile program by hacking confidential military information from other countries, Nam doubted the possibility, saying the two Koreas' missile systems are "conceptually different" to believe that the North's missiles were developed based on the South's technology.

"When we look at their weapons systems, we do see some parts that have been copied from here and there, but as their weapons are conceptually different from ours, I don't think they have hacked information from us," Nam said.

The communist country is believed to be continuing efforts to advance its nuclear and missile capabilities amid stalled denuclearization talks with the United States.

The North has also been working to modernize its conventional weapons system, including short-range ballistic missiles that can target South Korea. 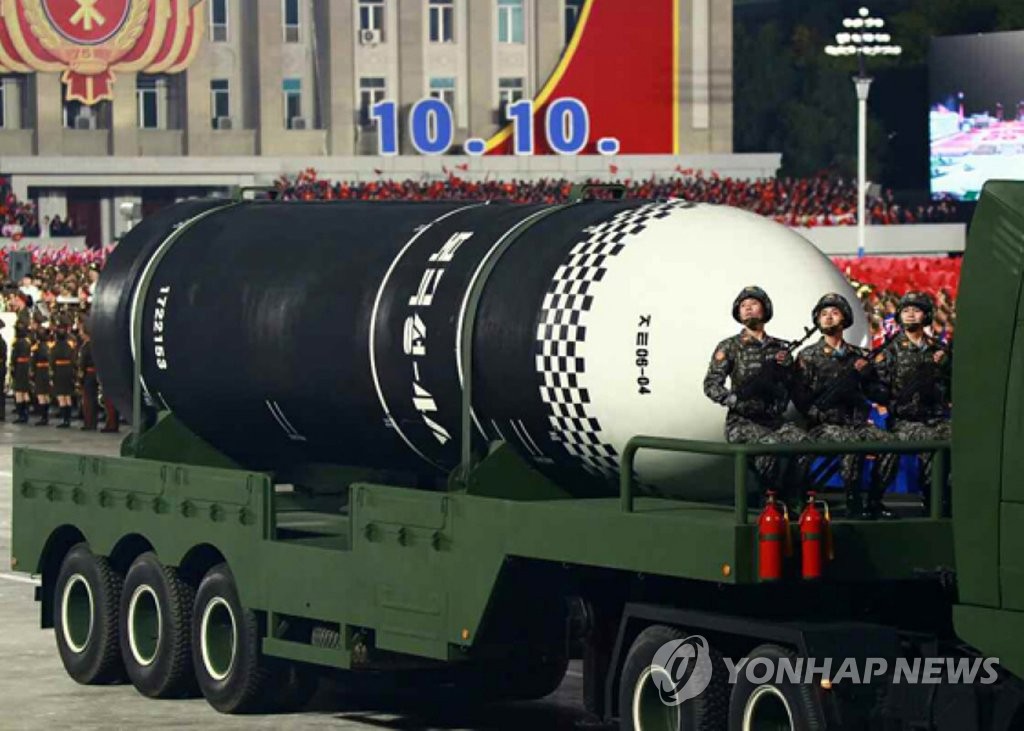