The People's Solidarity for Participatory Democracy (PSPD), which negotiated with the companies on behalf of the users, said the KNCCO advised the operators to provide 18 of them with between 50,000 won (US$44) and 350,000 won in compensation. Of the 21, three have dropped out. 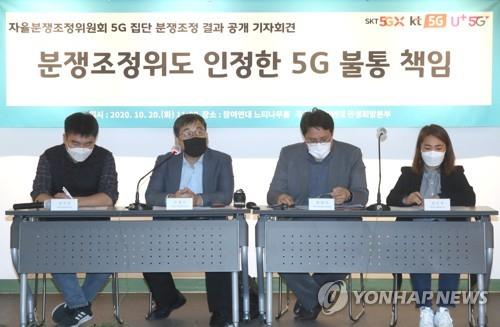 "Under the Act on the Regulation of Terms and Conditions, mobile carriers have a duty to notify customers there could be blind spots in the 5G service," the mediation proposal said. "The contracts of the carriers, however, presumably offered insufficient explanation and information on the 5G coverage."

Among the 18 applicants, only three have accepted the settlement, according to PSPD. The others' rejections indicate their demand that proper compensation be provided to more 5G users, Moon Eunok, an official at the PSPD, said.

"The three telecom operators have only compensated some consumers (who filed for dispute settlement), despite having responsibility for their mis-selling," Cho Hyung-soo, a lawyer and PSPD activist, said. 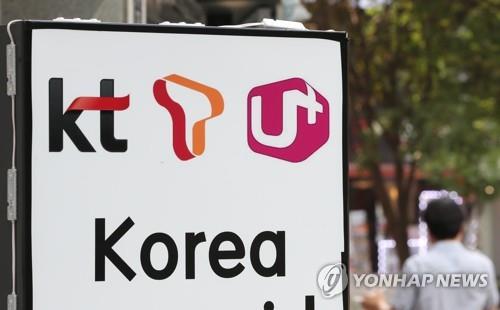 According to a government report released in August, the average coverage of 5G network provided by SK Telecom, KT, and LG Uplus was at around 70 percent in Seoul. In subways, over 19 percent of 5G users have experienced a network change to 4G LTE.

"The government approved the terms and conditions of 5G service in a hasty manner to make it the first country to commercialize the cutting edge technology," PSPD said, calling for the establishment of standard compensation guidelines for the users with quality complaints.