SEOUL, Oct. 20 (Yonhap) -- President Moon Jae-in on Tuesday asked his counterparts in Italy and Luxembourg to support the South Korean candidate to become the next leader of the World Trade Organization, the presidential office said, in the latest diplomatic push in pursuit of the top post.

Moon held separate phone calls with Luxembourg Prime Minister Xavier Bettel and Italian Prime Minister Giuseppe Conte and said that South Korean Trade Minister Yoo Myung-hee is the "right person" with vision and capability to protect the free trade system and restore trust in it through reform of the WTO, according to the presidential office.

Yoo has vowed to focus on rebuilding trust in the multilateral trading system by making it more relevant, resilient and responsive if she gets picked as the new director-general.

Yoo is competing with Nigeria's Ngozi Okonjo-Iweala in the third and final stage for the top post of the global trade body.

The final result -- which is to be determined through consensus among 164 member countries -- is widely expected to be delivered in early November.

Moon has also sought support for Yoo's bid from the leaders of New Zealand, Australia, Russia, Germany, Brazil and Malaysia since July.

Also Tuesday, South Korea's Foreign Minister Kang Kyung-wha held phone conversations with her counterparts of Denmark, Poland and Austria and asked them to put their weight behind the South Korean candidate.

On Monday, Kang made similar requests to her counterparts from Slovenia and Finland. 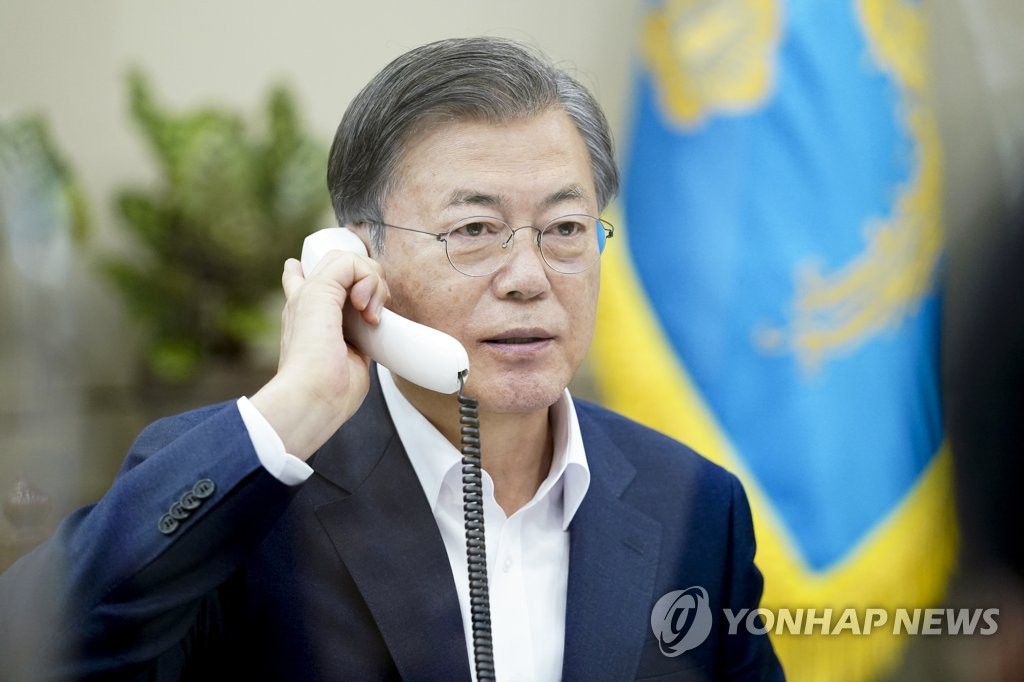