The No. 2 U.S. diplomat dismissed views that the country may be seeking to expand the so-called Quad grouping, but said it would welcome any country committed to defending a free and open Indo-Pacific.

"I will say that it is our view that in the passage of time, the Quad should become more regularized and at some point formalized as well, as we really begin to understand what the parameters of this cooperation are and how we can regularize," Biegun said in a telephonic press briefing. 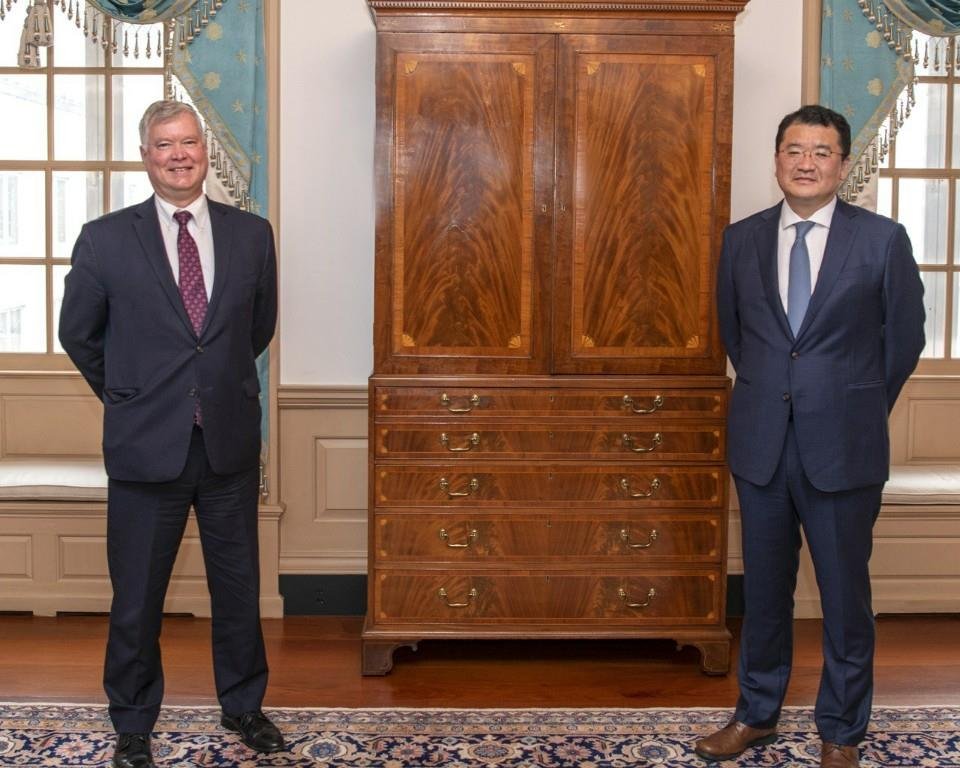 The Quad refers to four countries taking part in discussions to form a multilateral alliance in the Indo-Pacific. They are Australia, India, Japan and the United States.

The U.S. has repeatedly called on other countries to join the group that it earlier said would counter "aggressions" from the Chinese communist party in all domains.

Its emphasis on China, however, has left many U.S. allies, including South Korea, reluctant to join, since China is one the largest economic and trading partners to its Asian neighbors.

For South Korea, for instance, China accounts for nearly one quarter of its overall exports, and often more than that.

Possibly aware of the predicament facing the countries in the region, Biegun did not once mention China while discussing the future course of the Quad.

Instead, he highlighted the need to regularize and also formalize the regional alliance.

He also made it clear that the U.S. seeks to build a multilateral structure, at least in part, for joint security.

"What you want to do is to have a certain modality of cooperation and interoperability, of understanding the respective strengths that each partner can bring in, in facing any number of global challenges," said Biegun.

"And that is what we did with our interactions on COVID-19. That is, of course, the genesis of the Quad in the face of the tsunami and earthquake a few years ago, and that is the same practice that we should refine in our discussions and practices in the security sphere," he added. Asia was hit by devastating tsunamis in December 2004 and March 2011.

The deputy secretary of state, when asked, denied the existence of any U.S. policy to expand the Quad.

"There is no designed policy for quad expansion that is being advocated by the United States. The Quad is still a somewhat undefined entity in and of itself, and so it is premature to talk about questions of expanding Quad."

Still, he underlined the possibility of an expansion.

"I think there is an opportunity, certainly under the U.S.' Indo-Pacific strategy, for close engagement among many, many other partners, including other countries in South Asia like Bangladesh, ASEAN nations as well," said Biegun, referring to the Association of Southeast Asian Nations.

"So, not necessarily advocating for a Quad Plus but rather a continuation and regularization of the Quad with an eventual goal of understanding how it could be best formalized, and then also, of course, welcoming cooperation with any country in the Indo-Pacific that is committed (to) defending free and open Indo-Pacific that guarantee sovereignty and prosperity for its members," he added.