"Since my confirmation as secretary of defense well over a year ago, my No. 1 priority has been implementing the national defense strategy (NDS). The NDS tells us that we are now in an era of great power competition, with our primary competitors being China and Russia," the U.S. defense chief said in a webinar hosted by a Washington-based think tank, the Atlantic Council.

"At the same time, we face ongoing threats from rogue states, such as North Korea and Iran. Finally, regrettably, we'll be dealing with violent extremist organizations for years to come," he added. 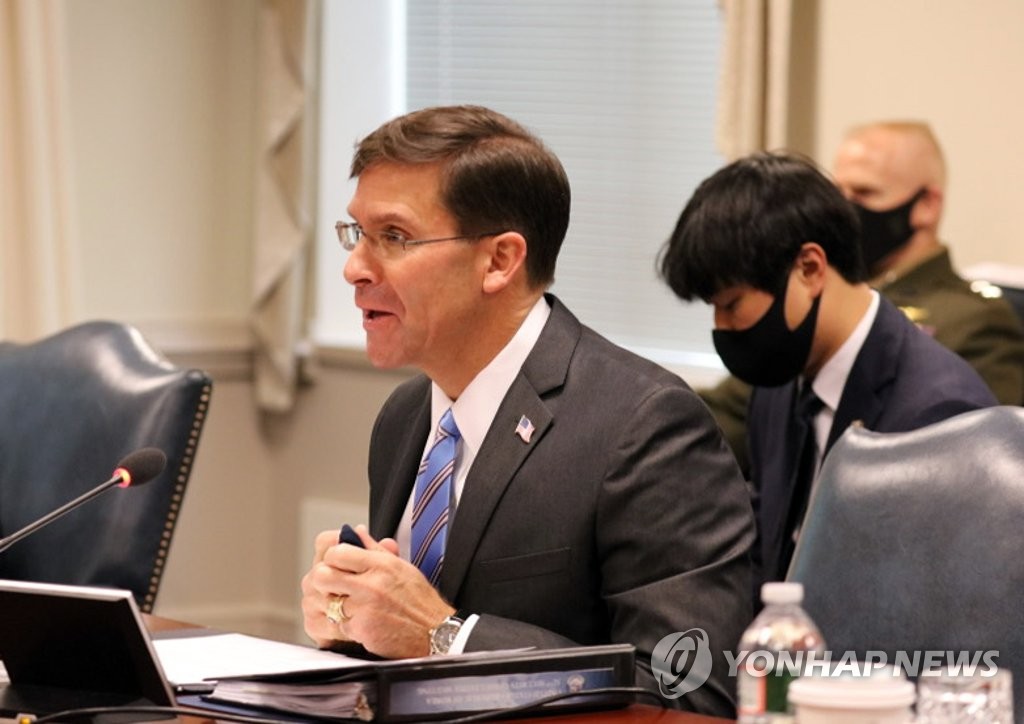 It marks the first time in months that the U.S. defense chief has referred to North Korea as a rogue nation, a term that angers the communist state, nearly without fail.

Publicly, Esper last referred to Pyongyang as a rogue nation in August.

North Korea has maintained and continues to maintain a self-imposed moratorium on nuclear and long-range missile tests since November 2017, but its leader, Kim Jong-un, has said he no longer feel bound by such restrictions.

Esper's use of the term against North Korea comes after the communist state unveiled a new, longer-range intercontinental ballistic missile at its recent military parade marking the 75th anniversary of the founding of its ruling Workers' Party on Oct. 10.

His remarks also come amid stalled negotiations between Washington and Pyongyang on denuclearizing the Korean Peninsula.

Their talks, however, have stalled since their second summit ended without a deal.