The number of employed South Koreans began to dwindle in March in the wake of the outbreak of COVID-19 as the flu-like disease made a big dent in the economy.

The first outbreak resulted in a tumble in the number of employed people in April, and a resurgence of infections that started in mid-August jolted the local job market a month later. 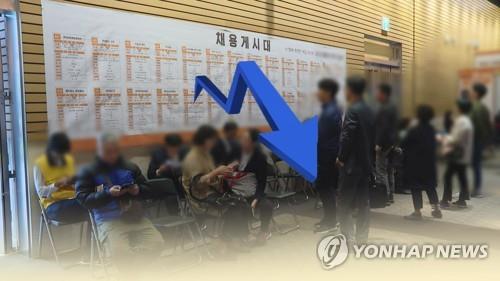 The data also showed the coronavirus pandemic has led to a decline in the number of young regular employees.

South Korea's jobless rate stood at 3.6 percent in September, up 0.5 percentage point from a year earlier, and the country lost about 392,000 jobs due to the pandemic.
(END)