SEOUL, Oct. 21 (Yonhap) -- South Korea expanded its presence in the U.S. market for intermediate goods over the first six months of 2020 from two years earlier, data showed Wednesday, apparently on the back of the prolonged Sino-America trade row.

South Korea accounted for 5.29 percent of the U.S. market for imported intermediate goods in the January-June period, up 1.16 percentage points from two years ago, according to the data compiled by the Korea International Trade Association (KITA).

South Korea's outbound shipments of goods affected by the Washington-Beijing trade dispute to the U.S. also advanced to take up 3.94 percent of the market, up 0.87 percentage point over the cited period. 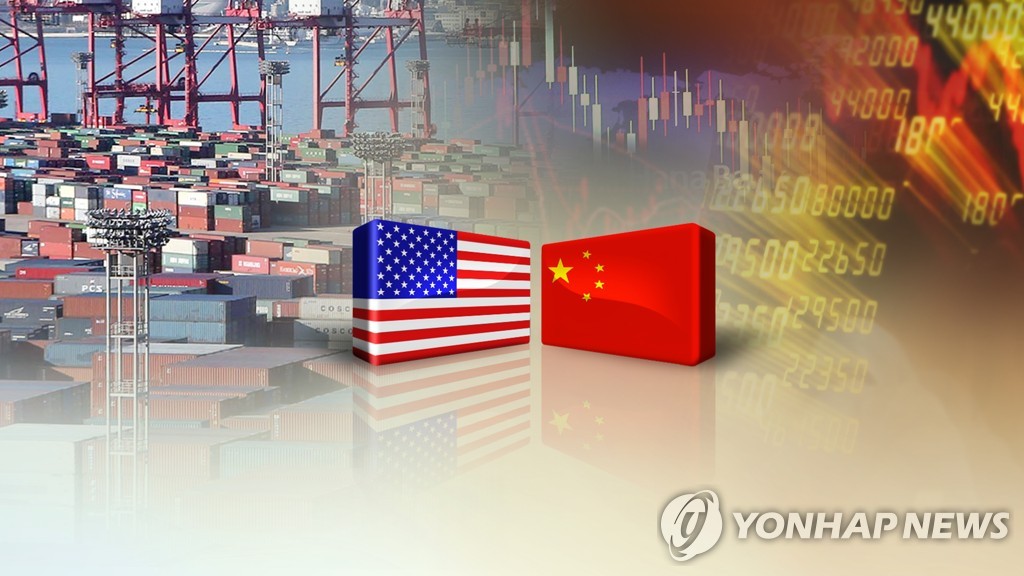 Other Asian nations enjoyed improved exports to the U.S. as well by taking advantage of the trade row, with those of Vietnam and Taiwan advancing 1.3 percentage points and 1.04 percentage points, respectively, to take up 3.22 percent and 2.95 percent of the market.

On the other hand, China's exports of such goods to the world's largest economy dipped 4.04 percentage points to 13.21 percent, the data showed.

The two countries accounted for 40 percent of South Korea's combined exports in the month.