BEIJING, Oct. 21 (Yonhap) -- South Korean Ambassador to China Jang Ha-sung said Wednesday that he has taken issue with a senior Beijing official over the reported suspension of the delivery of some merchandise featuring K-pop superband BTS.

Jang made the remarks during a video-linked parliamentary audit session following reports that the Chinese logistics firm, Yunda Express, and other firms have boycotted the shipments of goods related to BTS.

The boycott came after BTS faced online rebukes in China earlier this month following its member's remarks honoring the sacrifices of South Koreans and Americans during the 1950-53 Korean War, in which Chinese troops fought in support of North Korean forces.

"The day after the related situation was first reported in the media, I directly communicated with a high-level official in the Chinese government," Jang said, stressing he will seriously watch and respond to the related developments. 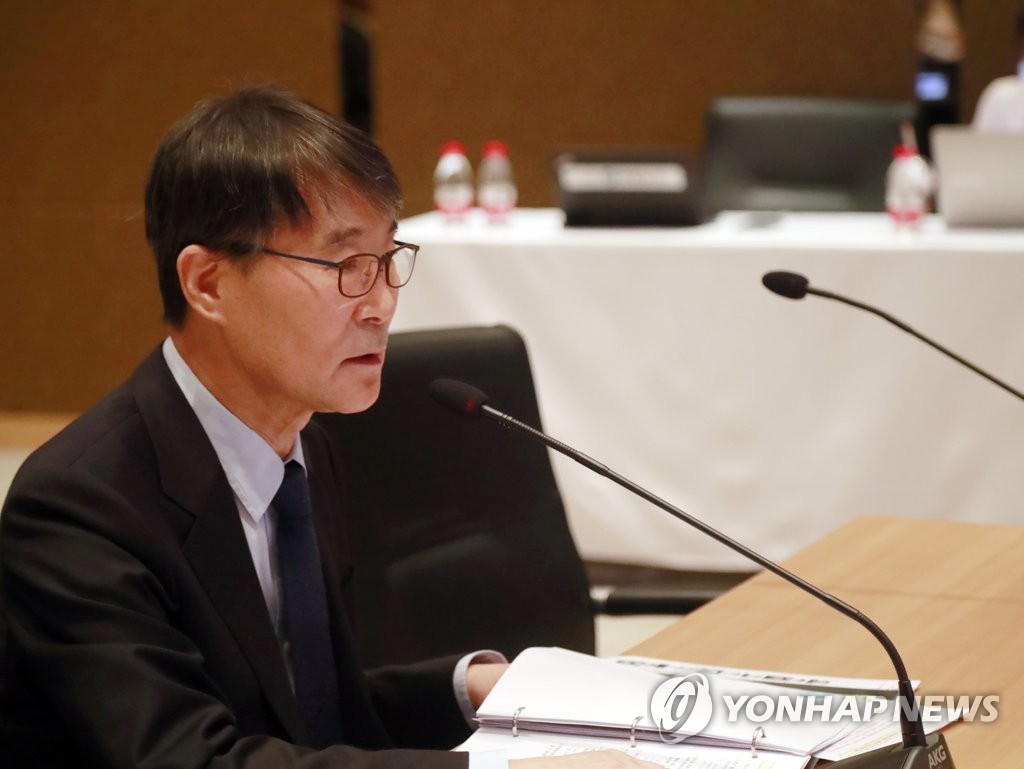 The ambassador added that his embassy has also been communicating with the parcel delivery companies and Chinese customs authorities to verify the facts, and that after the parliamentary audit session, he would again raise the issue with senior Chinese officials.

"We have been seriously responding to this matter as this is a very sensitive issue and could hurt the sentiment of the people in both countries," he said.

"As there was a related news report again today, we had a phone call with the Chinese customs office, and they said that the news about BTS was a wild rumor," he added, referring to the speculation about customs authorities' restrictions on the imports of BTS-related goods.

In a statement later in the day, Wang Wei, the spokesman of the Chinese Embassy, also said that rumors about the restrictions by the customs office are untrue.

"The Chinese side regards the China-South Korea relations as crucial, and cherishes the deep friendship between the two countries, which has been forged in the process of jointly responding to COVID-19," he said.

"(China) will work together with the South Korean side to safeguard the good atmosphere of the bilateral relationship and continue to achieve the new, greater development of bilateral ties," he added.

Chinese pushback flared up after RM, a BTS member, made the Korean War-related remarks during an Oct. 7 ceremony giving the boy band an award for its contributions to the relations between South Korea and the United States.

BTS fans and others also hit back, arguing that his seemingly innocuous comments with no tinge of political intentions have been interpreted through the prism of nationalism and different historical perspectives.