The moniker was meant to explain how she was interpreting between Korean, English and oralism for her husband -- renowned deaf artist Kim Ki-chang -- during the couple's trip to the United States.

Like the different languages she was interpreting, Park's life until her untimely death was a constant attempt to bridge distant roles of her life -- artist, wife to an artist husband and mom of four -- as well as to blend diverse artistic styles and techniques.

The National Museum of Modern and Contemporary Art (MMCA) has put together an exhibition marking the centennial of the birth of the versatile artist, whose life and works have often been overshadowed by her husband, dubbed a "genius artist."

The exhibition titled "Park Re-hyun Retrospective: Triple Interpreter" showcases her works that experiment across painting, tapestry and print. Sketches and travel notes as well as essays where she contemplated the many roles in her life are also on display, offering viewers a glimpse of a working woman's life in a post-war era. 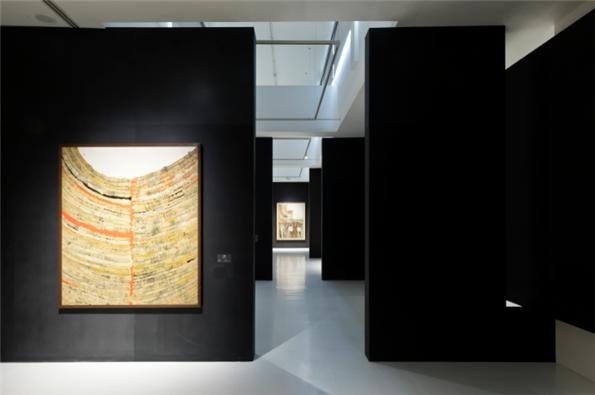 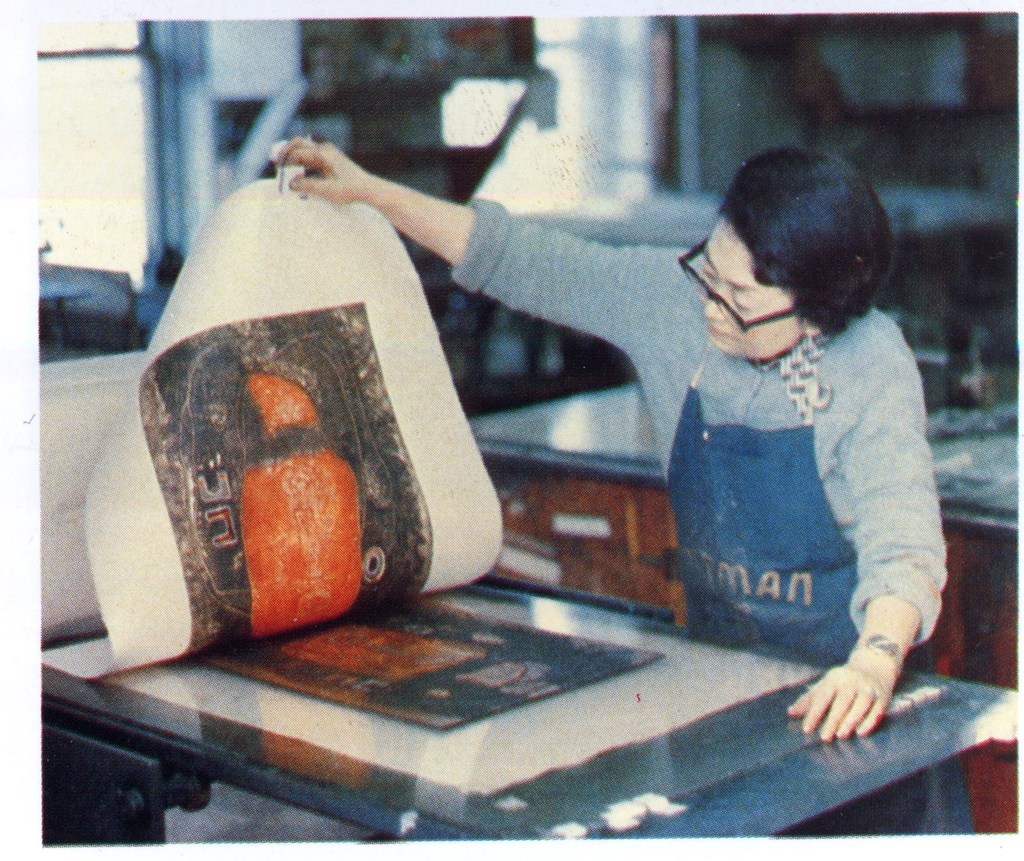 Born in South Pyongan Province, now part of North Korea, when the Korean Peninsula was under Japan's colonial rule, Park moved to Japan to attend the Women's Academy of Fine Arts in Tokyo.

She soon showed talent, winning the Governor-General's Award at the Joseon Art Exhibition for her piece "Make-up," which depicts a young girl in a black kimono tying her hair in front of a red makeup table with a defiant expression.

In her works following the country's liberation from Japan in 1945, Park tried to rub off the Japanese influence and pursue a new style of Korean painting that captures the beauty of mundane scenes with modern aesthetics using ink-and-wash techniques.

"I look for motifs from the life that is close me, rather than from the distant or exotic ... We can never create art that is truly indigenous to Korea with works that do not communicate with the people," she once said.

Her 1956 work "Open Stalls," for instance, illustrates the vibrant energy of women at a local market through a geometrical composition and neutral and clear color palettes. The piece was critically acclaimed, winning Park the Presidential Award at the 1956 National Art Exhibition of Korea. 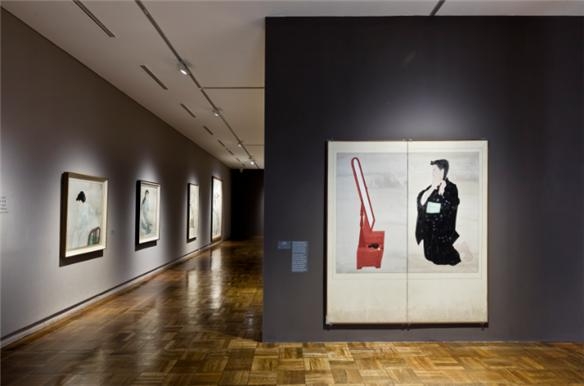 But even for a highly educated, award-winning "modern woman," juggling her profession and family life was no easy job.

"I wake up around six in the morning, wash diapers, prepare breakfast and clean up. Then after breakfast, I tidy up around the house, look after the chickens, take care of my babies, and before I know it, it's noon ... So when am I supposed to find the time to paint as my primary job?" she wrote in a 1948 essay in her early years of marriage.

A later essay published in 1962 shows that even as a veteran artist, tending to her different, distinct roles continued to be a challenge.

"Of course, it's natural to expect painters to spend their time in the studio, but if I can get even five hours there, it's a very happy day," she wrote in the essay "Painting as My Fate." 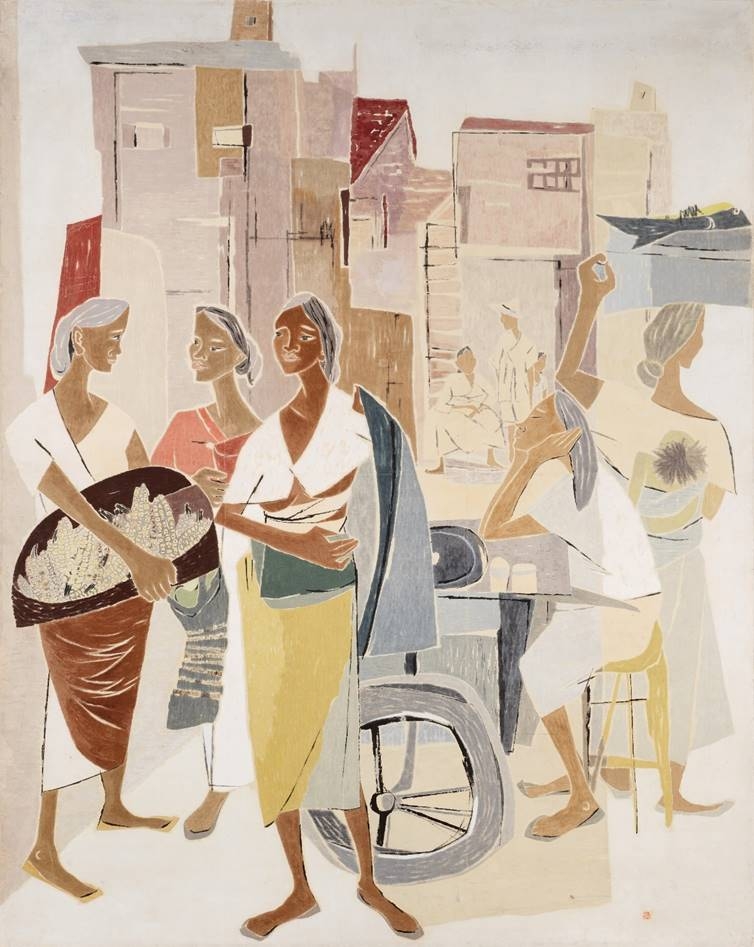 The setbacks, however, could not stop Park from expanding and re-imagining her artistic world.

Instead of sticking to pigments typically used for Eastern painting, she was not afraid to experiment with crayon, watercolor paint and even turpentine -- a liquid obtained by distilling resin from pine trees and which left brownish marks on Park's paintings as they dried.

In addition to holding multiple joint exhibitions with her husband, she moved on to become an abstract painter using inspirations from traditional Korean ink wash and still life paintings.

Her trips abroad in the 1960s -- the first for her since her Tokyo days -- also became an ample source of inspiration.

She took in international art trends during trips to Taiwan, Hong Kong and Japan and held "couple exhibitions" with her husband in three U.S. cities.

The colorful artifacts and indigenous craftworks she encountered during trips to Europe, Africa and Latin America prompted her to bring in signature yellow curving bands in her abstract works.

Even in the final decade of her life cut short by cancer, Park continued to master new artistic techniques such as tapestry and copperplate prints and reinterpret them in her own style, using everyday objects.

"Work," one of her tapestry pieces, for instance, is a striking contrast of black and primary-colored yarns featuring sink strainers. Park is known to have passionately collected the sink strainers at hardware stores in New York. 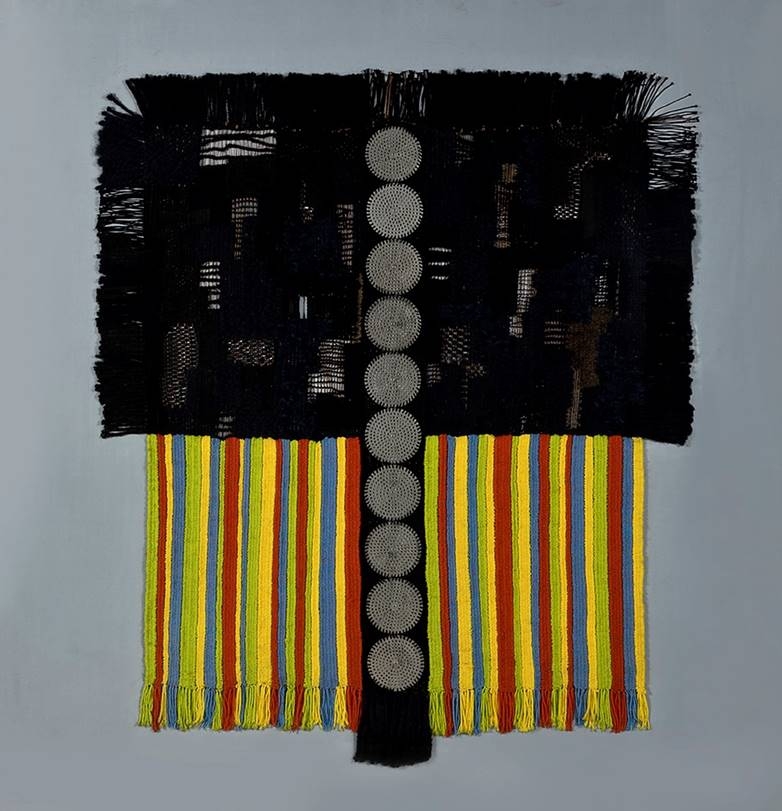 "Thanks to the collectors who secretly held onto Park's works for decades and their active cooperation, the works once in hiding have made their way out into the world en masse," Youn Bummo, director of the MMCA, said.

"This exhibition will be an opportunity to reevaluate artist Park Re-hyun, a pioneer who left a prominent mark as a female artist in the male-centered Korean art scene."

The exhibition runs at the MMCA in the royal palace of Deoksu in central Seoul until Jan. 3, 2021. It will then be held at the MMCA Cheongju from Jan. 26 to May. 9.