SEOUL, Oct. 21 (Yonhap) -- Unification Minister Lee In-young vowed Wednesday to push ahead with inter-Korean cooperation projects to reconnect railways and allow for travel to North Korea, saying that it is the way that the two Koreas should go no matter what.

Lee made the remark during a speech at a forum of the Korea Institute for National Unification (KINU), stressing the need to seek practical inter-Korean cooperation amid several challenges.

"We are faced with the task of moving the U.S.-North Korea nuclear talks forward through inter-Korean trust, allowing individuals to travel to North Korea and reconnecting and modernizing railways and roads as agreed upon by the leaders of the two Koreas," he said.

"That is the way to go no matter what and the responsibility that cannot be neglected," he added.

Lee also vowed to make practical efforts for inter-Korean cooperation in health and anti-virus measures and to build a "biotic community" in the face of global crises such as COVID-19.

Since his inauguration in July, Lee has sought to bring stalled inter-Korean relations back on track and resume cross-border exchanges despite tensions after the North blew up a joint liaison office in June and fatally shot a South Korean fisheries official in its waters last month. 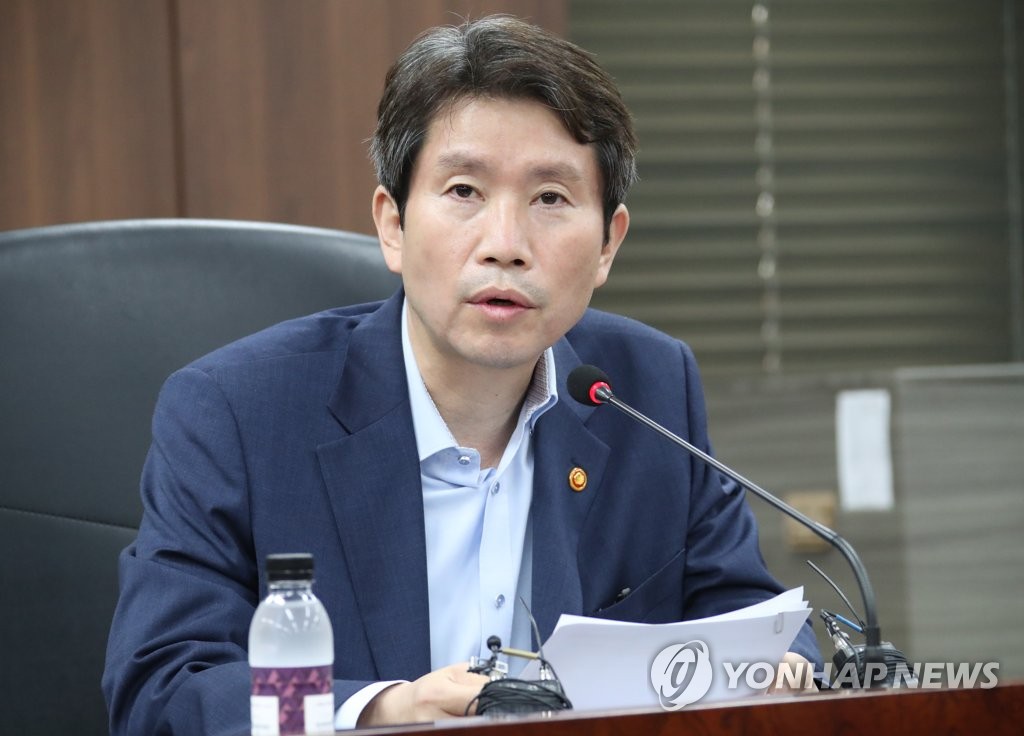