SEOUL, Oct. 22 (Yonhap) -- Fine dust concentrations are expected to rise to "bad" levels on Thursday due to an inflow of fine dust and yellow dust from China and elsewhere, authorities said.

Outside of those time frames, the fine dust levels are expected to be "average," the center said. The four levels are "good," "average," "bad" and "very bad." 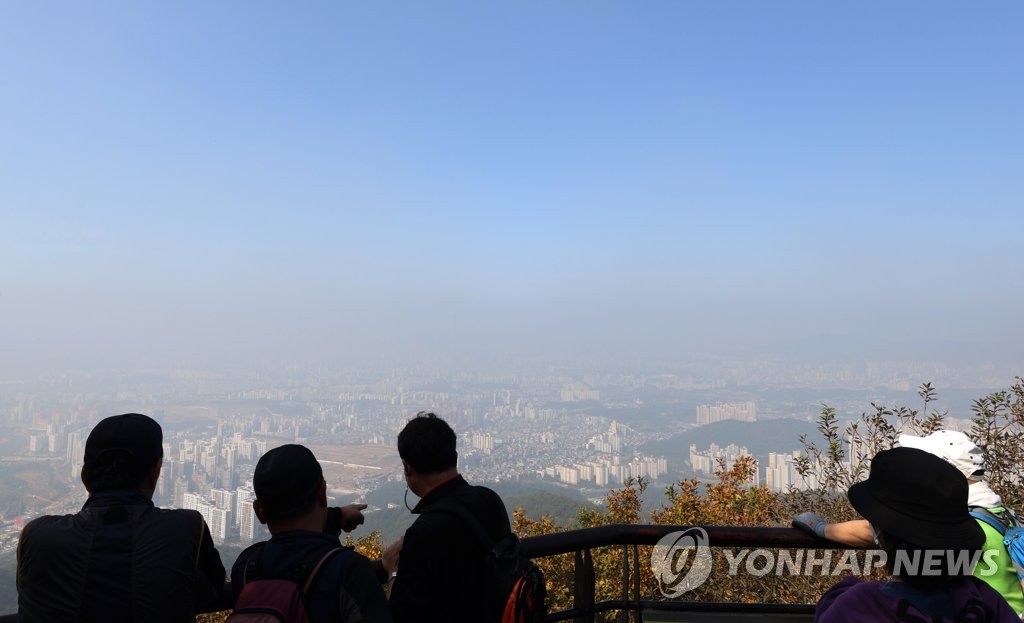 "Most areas will see high concentrations of fine dust as fine dust coming in from overseas and yellow dust originating from Tuesday will gradually move southeast," the center explained.

Yellow dust, which began blowing from the Gobi Desert and the highlands of China's Inner Mongolia on Tuesday, reached South Korea's western island of Baengnyeong around 9 p.m. Wednesday and the country's central region by early Thursday, according to the weather authorities.