SEOUL, Oct. 22 (Yonhap) -- The Seoul metropolitan government on Thursday issued its first fine dust advisory of this fall, citing an inflow of fine dust and yellow dust from China and elsewhere.

According to the city's health and environment research center, the average fine dust concentration level stayed above 150 micrograms per cubic meter for over two hours, forcing it to issue the advisory.

The center attributed the increased levels to yellow dust blowing in from the Gobi Desert and the highlands of China's Inner Mongolia, as well as fine dust from overseas.

Citizens with respiratory or cardiovascular diseases are advised to stay at home, along with the elderly, the weak and children, the city government said.

When going outdoors, citizens are urged to wear a face mask, it added.

Advisories were also issued in the surrounding Gyeonggi Province, including in the southern cities of Suwon and Gwacheon, and the northern cities of Goyang and Paju. 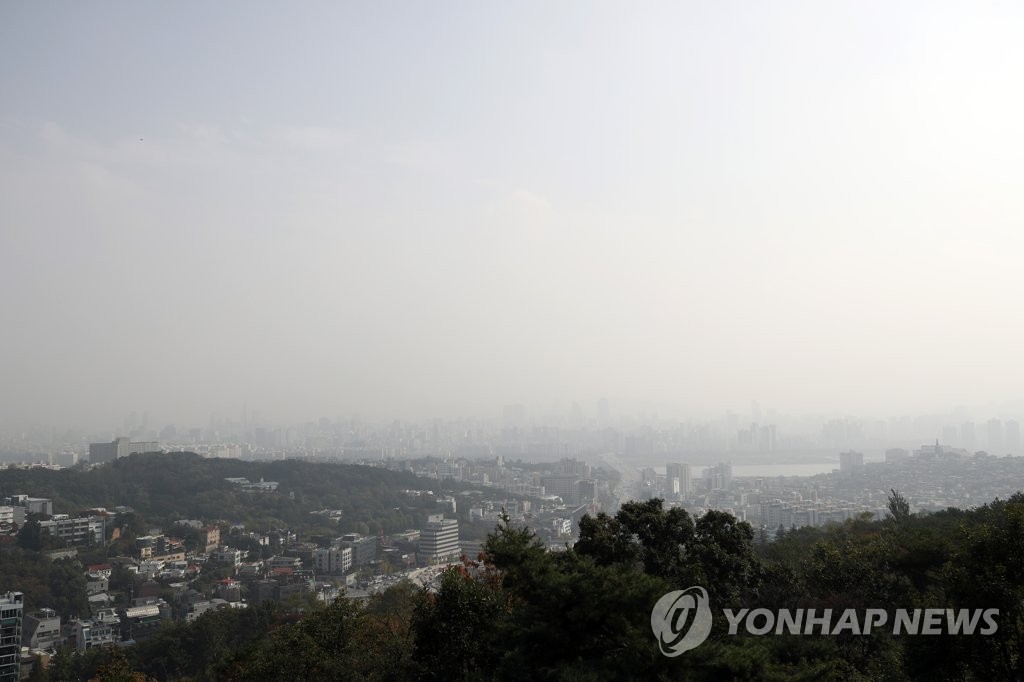