SEOUL, Oct. 22 (Yonhap) -- North Korea appears to have suspended its signature mass gymnastic shows scheduled to be held until the end of this month after leader Kim Jong-un recently attended its performance, a unification ministry official said Thursday.

North Korea's media earlier reported that the propaganda shows would be put on stage from early last week to the end of this month at the May Day Stadium in Pyongyang on the occasion of the ruling party's 75th founding anniversary on Oct. 10.

Kim attended its performance held on Oct. 11, but no more shows have been held since, the official told reporters on condition of anonymity.

"It remains to be seen whether the shows have been temporarily suspended or just canceled," he said. "We will keep an eye on relevant developments going forward."

Earlier, a local daily reported that the scheduled gymnastic shows have been put on hold, speculating that it might have been caused by Kim's expression of dissatisfaction or concerns over the coronavirus.

Earlier this year, a Beijing-based tour agency said that North Korea had informed the company of its plans to hold the gymnastic propaganda show in time for the party founding anniversary.

Observers, however, had expected the North to cancel the shows in consideration of the country's all-out efforts to stave off an outbreak of COVID-19.

North Korea has claimed to be coronavirus-free, but it has imposed strict restrictions on the movement of people and maintained tight border closure since early this year. 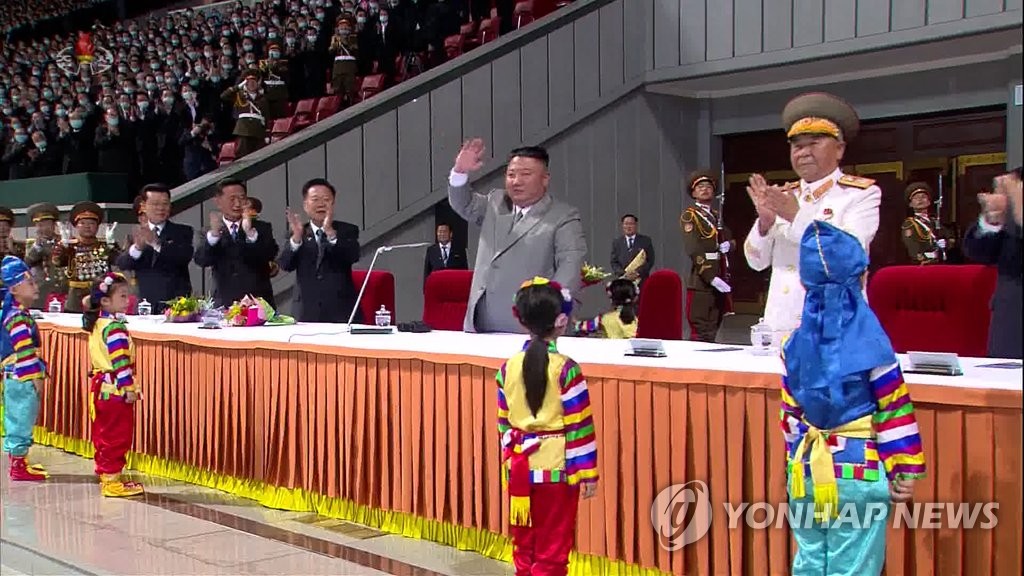