SEOUL, Oct. 22 (Yonhap) -- The justice minister's decision to take over the investigative command authority of the prosecutor general in a high-profile financial scam scandal was illegal and absurd, the country's top prosecutor said Thursday, in the latest dispute in the ongoing power struggle between the ministry and the prosecution.

"I believe with certainty that (the decision) is illegal in terms of its legal grounds and intentions," Prosecutor General Yoon Seok-youl said during an annual parliamentary audit of the Supreme Prosecutors Office (SPO) at the National Assembly in Seoul.

The statement was made in response to Justice Minister Choo Mi-ae's order Monday calling for Yoon to recuse himself from the investigation into the financial scam scandal involving Lime Asset Management Co. amid allegations that he failed to conduct a thorough investigation into opposition politicians and prosecutors allegedly implicated in the case. 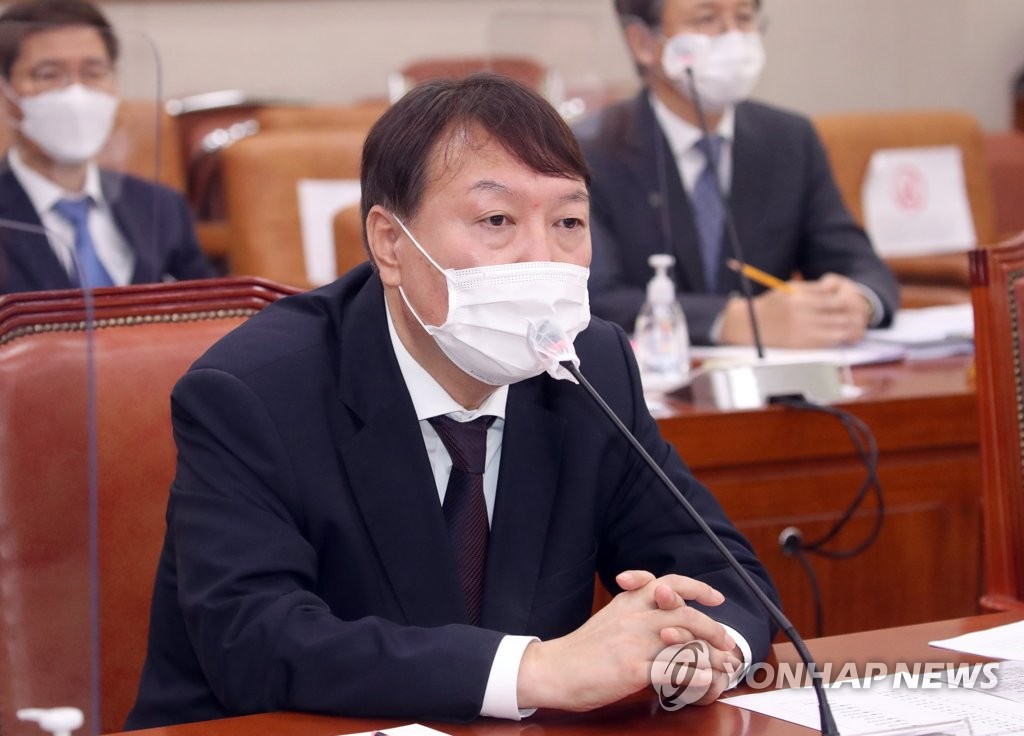 Tensions between the ministry and the prosecution have flared up to new heights this week following Choo's taking over the investigative authority in the case.

On Thursday, Choo ordered a joint inspection by her ministry and the Supreme Prosecutors Office into the process of the probe of the financial scandal surrounding Lime Asset Management to see if there was any cover-up or if the probe was skewed in favor of opposition politicians suspected of involvement.

The clash between the administration and the prosecution has transpired largely from last year following controversial investigations into former Justice Minister Cho Kuk, a key architect of President Moon Jae-in's drive for prosecution reform, and his family.

Choo also claimed that the SPO has "deceived" the public regarding an ongoing high profile investigation into Kim Bong-hyun, a key suspect in the financial fraud case.

Park Soon-chul, chief of the southern district prosecution office who has been leading the probe, tendered his resignation Thursday in apparent protest of the justice minister's actions. On the prosecution's internal electronic bulletin board, Park wrote, "Politics have consumed the prosecution."

Yoon also insisted that the position of prosecutor general is juridically not subordinate to the justice minister.

During the audit, Yoon also refuted accusations from the justice ministry that he was being negligent in overseeing the entirety of the investigation. "Slander would be the gentlest word I could use to describe the situation," he said.

Despite growing calls from the ruling liberal bloc for his resignation, the prosecutor general said he will "fulfill his duty under any amount of pressure."

Yoon also said that after the parliamentary elections in April, the president told him through an "appropriate messenger" that he should serve out his term.

"I will carry out my duty without wavering, as doing what I am supposed to do during my term is my obligation to the one who appointed me, and the people," he said.

The top prosecutor also stated that he recognizes that public demand for institutional reform of the prosecution still remains high.

Yoon added that the prosecution has reflected back on its investigative practices and culture from the perspective of the Constitution and the public during the past year and has "pursued various reform measures."

The prosecutor general also described allegations and suspicions surrounding his family as groundless.

"Public office should be held accountable to strict standards. But who would want to serve when groundless accusations are thrown at those working under fair work ethics? I believe this is unfair."

The prosecution is currently looking into allegations that Yoon's wife was involved in manipulating stocks in Deutsch Motors and that her art exhibition company took bribes disguised as donations. 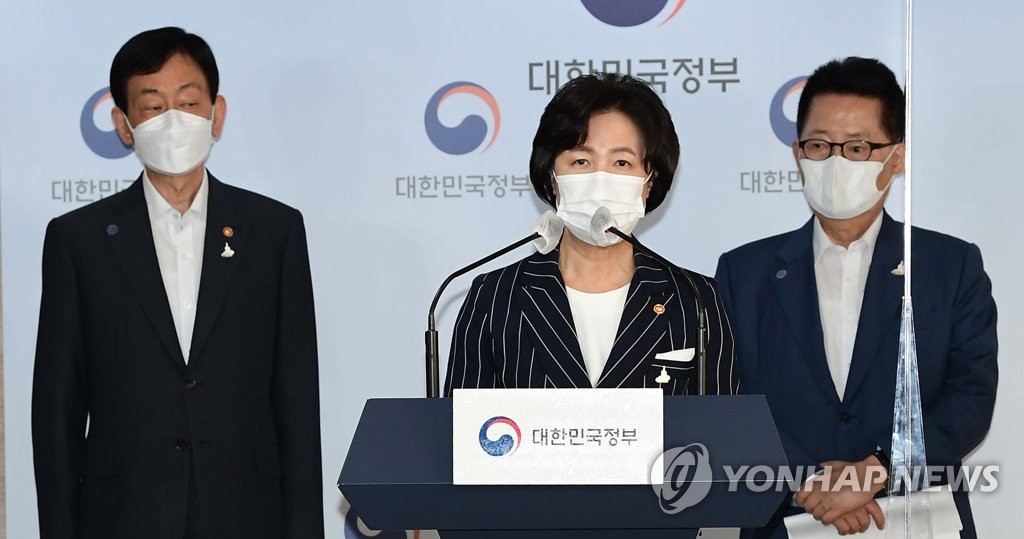