SEOUL, Oct. 22 (Yonhap) -- South Korea's industry minister said Thursday the decommissioning of the Wolsong-1 reactor will be carried out as originally planned despite the latest state audit report, which said its economic value was unreasonably deflated.

Early this week, the Board of Audit and Inspection (BAI) said that the economic assessment of South Korea's second-oldest nuclear reactor was unreasonably undervalued.

While the Wolsong-1 reactor was originally scheduled to be retired in 2012, its operator, the state-run Korea Hydro & Nuclear Power Corp. (KHNP), spent 700 billion won (US$609 million) on repairs between 2009 and 2011 to extend its lifespan for another decade, allowing the reactor to run through 2022. 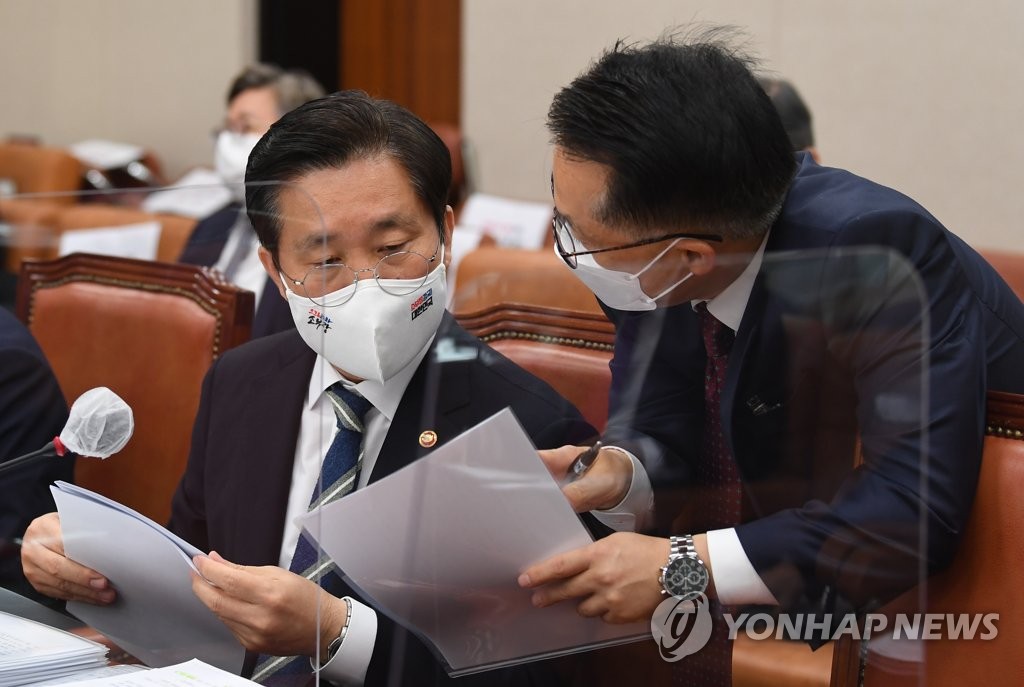 The KHNP, however, reversed its stance in 2018 on grounds that the old reactor was a money-losing business given the high maintenance costs.

"Although state auditors said there were some technical issues in assessing the reactor's economic value, auditors did not fully deny our assessment," Industry Minister Sung Yun-mo said during a parliamentary session, adding the government will go ahead with the decommissioning project.

BAI, however, said its audit only centered on the reactor's economic viability, stopping short of commenting on whether its earlier-than-scheduled closure was justifiable.

The country's main opposition party argues that the decision was apparently politically motivated to lend hands to South Korea's new energy policy led by the Moon Jae-in administration, which took office in 2017.

South Korea has been seeking to slowly reduce its dependence on nuclear energy, which accounts for roughly 30 percent of its energy portfolio, by refraining from building new plants and retiring old ones. The ratio is anticipated to fall below 25 percent by 2030.

The country is expected to have 28 nuclear reactors by 2022, considering those already under construction, but the number will gradually drop to 14 by 2038.

Wolsong-1 reactor to be decommissioned as planned: industry minister

Wolsong-1 reactor to be decommissioned as planned: industry minister