Since 2016, the Korea Fair Trade Commission (KFTC) has been investigating Google over allegations that it obstructed local smartphone makers from using operating systems from other rivals.

It is also investigating whether Google forced mobile game applications to be only released on its Play store.

"The KFTC is currently conducting a probe related to Google's operating system and another on its app store," Joh Sung-wook, KFTC chairperson, told lawmakers during a parliamentary audit. "We will try to wrap up one of the cases by the end of this year." 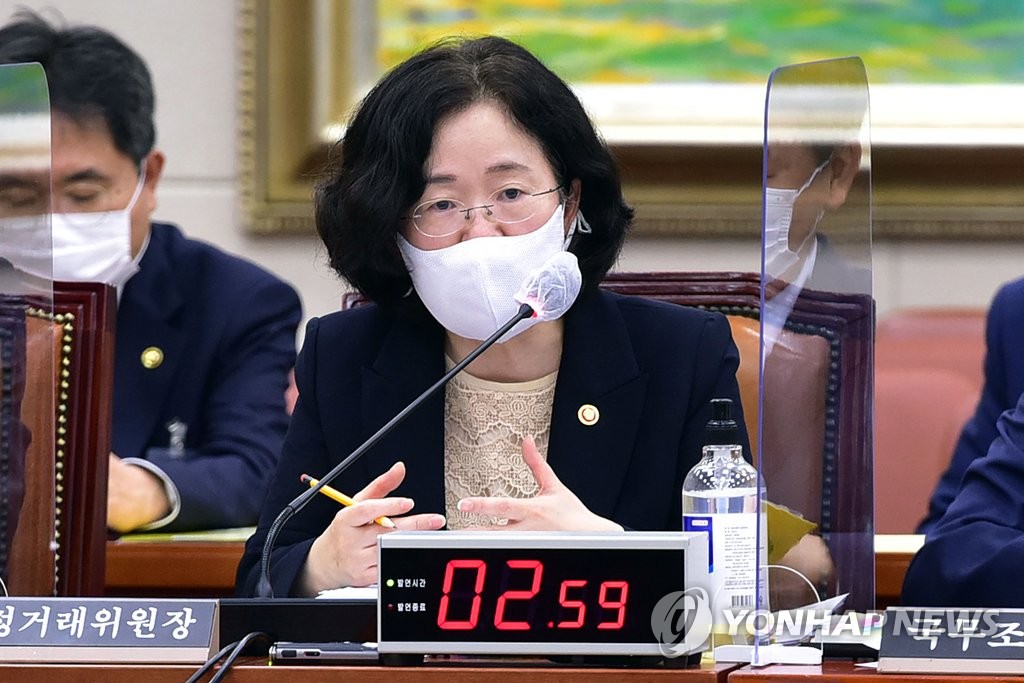 The corporate watchdog's stance comes as the U.S. tech giant has recently come under intense scrutiny from South Korean regulators after it adopted a new policy late last month to make all apps on its Play store use its proprietary billing system.

Under the new policy set to take effect in October next year, Google will take a 30 percent commission on all digital content purchases by users.

"The main reason behind Google's decision to take 30 percent in commission is the lack of competition in this market," she said. "In the KFTC's perspective, Google has taken actions to harm competition."

Asked by a lawmaker whether Google is a dominant market player in South Korea, Joh replied, "Yes."

South Korea will strictly apply the nation's fair trade laws to a company regardless of its nationality, Joh said.

Joh added that it is unclear whether Apple holds a dominant position, considering its market share.