SEOUL, Oct. 22 (Yonhap) -- President Moon Jae-in said Thursday that the government will invest 10 trillion won (US$8.8 billion) into South Korea's "smart city" project nationwide by 2025, as the country aims to become a global leader in the field under the so-called Korean version New Deal initiative.

The government plans to supply a relevant data integration platform to each of a total of 108 local authorities by the end of this year that would enable 60 percent of South Koreans to feel the impact of the smart city drive, according to Moon.

He presented the vision during a visit to Songdo, a district on reclaimed land from the Yellow Sea located about an hour drive west from Seoul.

Songdo is an iconic smart city built from scratch, designed to address the ills of conventional cities by taking advantage of such new technologies as ICT and big data. For instance, data sensors are embedded in energy grids, buildings and traffic hubs.

"The key to smart cities is to establish an intelligence-type city operation system by utilizing urban data collected from CCTVs and sensors," Moon said in his speech at the Smart City Integrated Operation Center of Songdo. 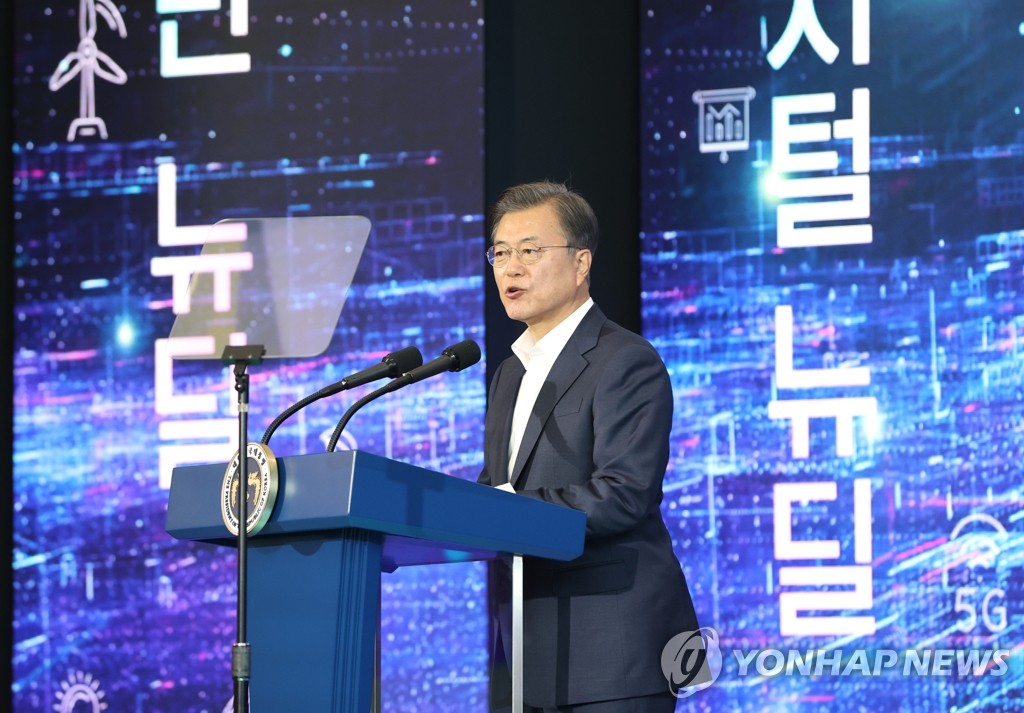 Smart city has emerged as an "unavoidable future" for the sake of saving energy and creating eco-friendly cities to cope with climate change, he said.

"The world will once again compete fiercely for the speed of developing and spreading smart cities," with global smart city market projected to grow to $820 billion by 2025, he said.

The government will pour 10 trillion won into related businesses by that year and create more than 150,000 jobs, he added.

To that end, it plans to "speed up the construction of smart cities as a core project of the Korean version of New Deal that combines digital and green," he said.

"First, (the government) will realize 'smart cities' nationwide more speedily" and it will also "digitalize the public infrastructure, like roads and railways," with the use of Internet of things (IoT) sensors, Moon stated.